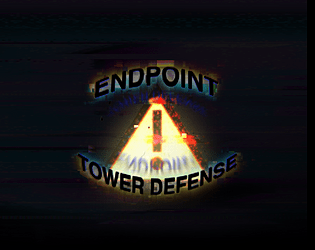 The graphics of this game looks amazing.
Though there are some bugs I found, but most of them are already listed in the devlogs! Here is one that I don't think it covered yet, if you fail a level and play it a second time, the second wave will be unable to spawn.

Like ASecondGuy said, maybe there should be a feature to skip the tutorial at the beginning for people (like me lol) who can't win the level on the first try.

But overall the idea of using tower defense for a cybersecurity-themed game-jam is pretty clever!

Thank You so much for playing!  And yikes that's a bad bug, ill be sure to add that to the list! I definitely spent way too much time on the art this time around haha

Looks great, but the tutorial feels too handholdy at times.

it definitely holds your hand for a while, but I wanted to break the pattern of making incredibly difficult game jam games lol - Thank you for checking it out!