Roguelike where combat outcomes are pre-determined and known by the player
Submitted by gridbugs — 2 days, 19 hours before the deadline
Add to collection 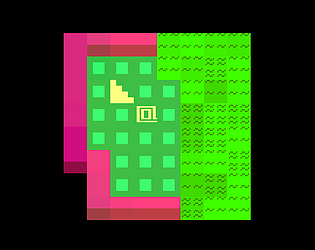 Really liked this concept. In some ways, reminds me of a more traditionally-rogue version of the Into the Breach combat mechanics (in that it replaces what is typically probability with tactics). Also thought that replacing health with a certain number of defensive moves before death was intriguing!