A Cyberpunk UE4 environment created for Search For A Star 2019
Submitted by fightingsharpie — 2 hours, 46 minutes before the deadline
Add to collection 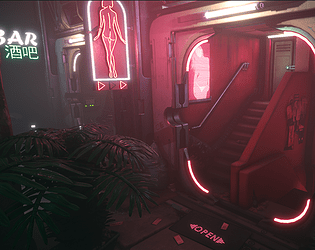