Mugen Infinity
Shaxer
Action
MUGEN - EvE -Infinity
Get inside the Imagination realm, where everything fights with everything
Shaxer
Fighting

this game for be an indie, is awesome. 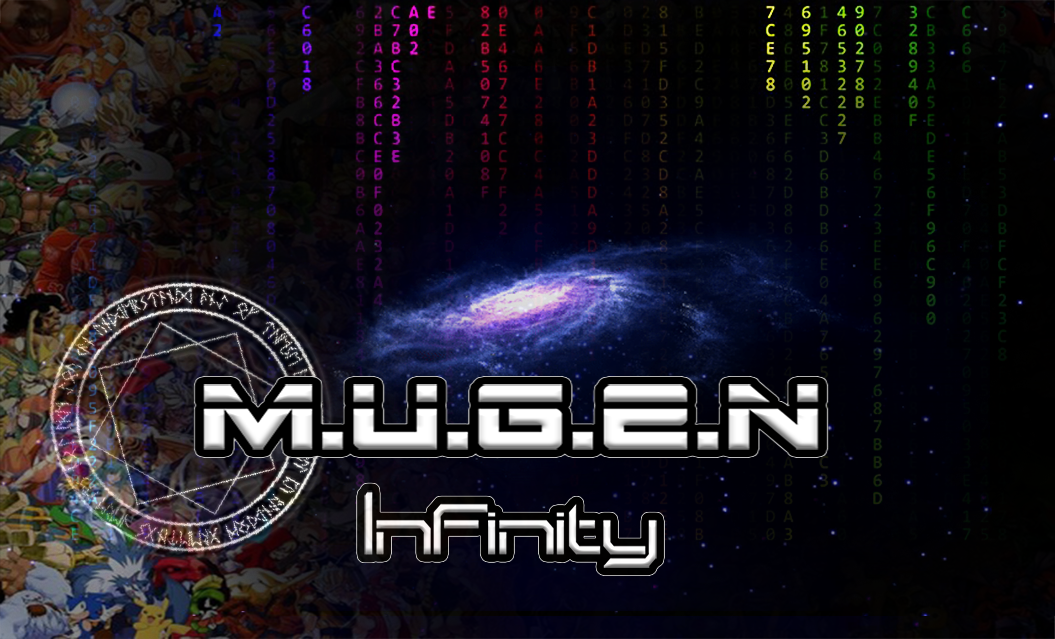 Freely Moddable Open Source Game [You can basically change everything]

If you want to add more characters you must use Vselect , a separate program

There isn't any kind of limit about the editing you can do about this game : totally open source. 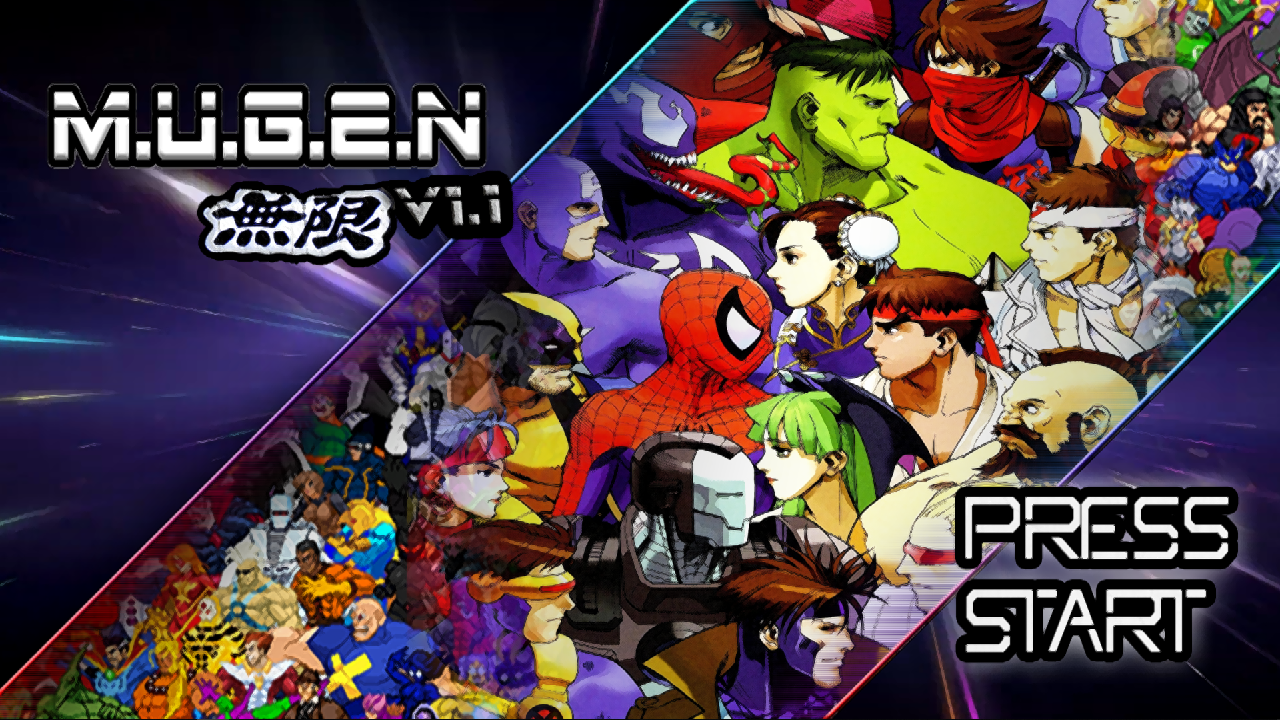 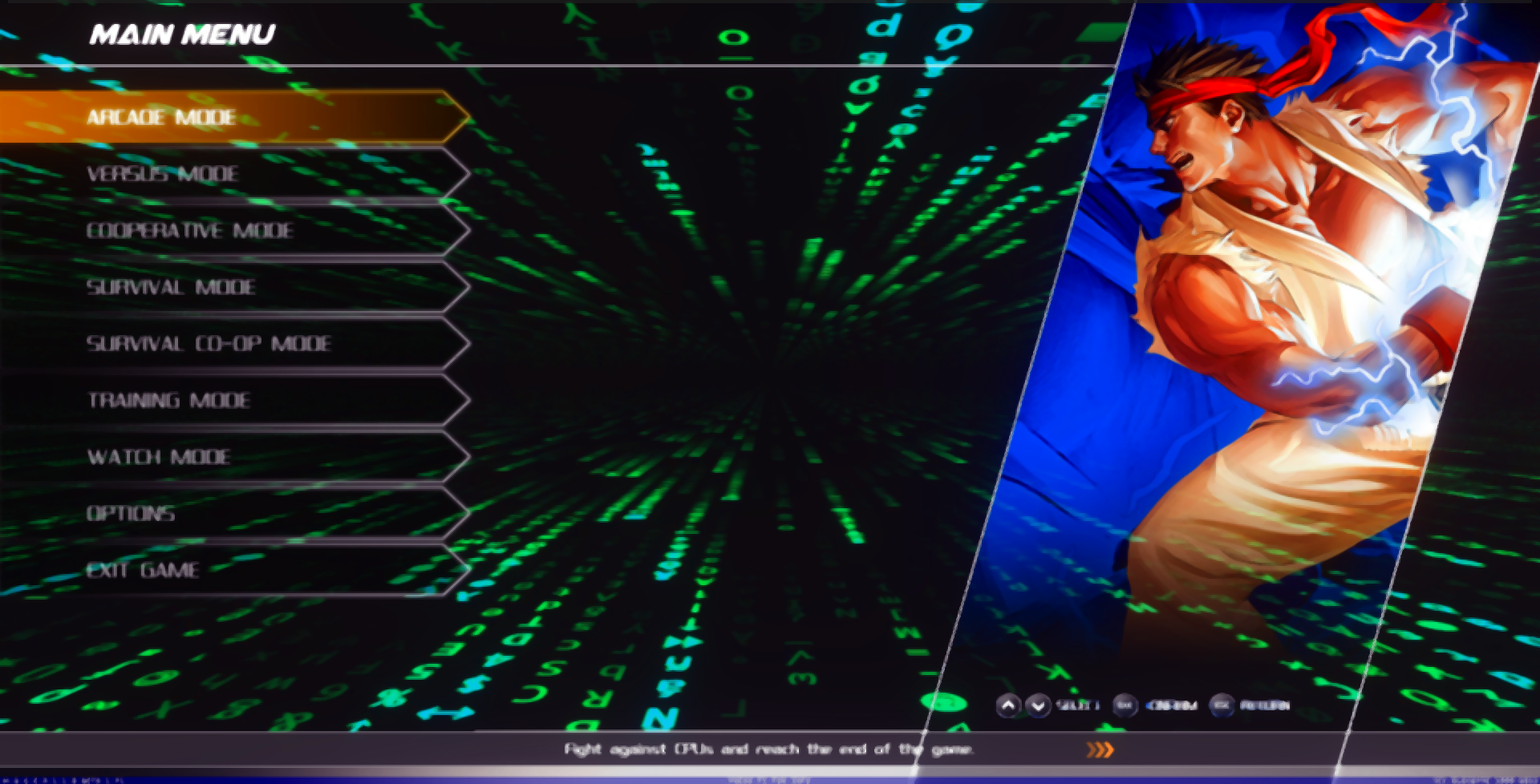 "  Get into the Ominverse,a reality where all the parallel universes are contained, into the last of the seven skyes of Plato, everything is a possibility that refract itself inside the human mind.  Most of the characters from all the universes of mankind, are gathered into an unique universe, where they will face together, and  be all part of a Final cosmic  Tournament : The  M.U.G.E.N  Tournament. "

the Hyperuranium is the last dimensional plane, where the ideas takes form ; it is threatened by a mysterious Demiurgical Form, that you have to try to reach and defeat through 140 Arcade Battles where  "  Everything  will be vs everything,..

She saw that was alone into the infinite nothing :  sawing itself, and watching itslef from the outside, has created a mirroring process of consciousness that gave to birth an observer and an observed mind of god  ;  this  gave to birth a symmetrical system of schizophrenical division of the mind, like a mirror that reflects itself infinite times, generating infinite replicas of the divine image.

Every successive image, it's a possibility ; a degradation of the divine consciousness.

The primordial consciousness started to be divided in two, into a mitotic process ;  it gave to birth god and anti-god : one is the archetipal creator, the other an archetipal distructor ( Shiva and Vishnu),   The process of splitting and schizophrenia made to fall God into a state of Dream ; this dream created infinite other dreams, one into another, ; every dream, is an universe  ;

God fall into an infinite sleep, a process of division of his consciousness, and his manifestations  gave to birth infinite  variants of the two sides of it : God and Anti God were the main two sides of the primordial mind of the fetal form of god ; the right and left  lobes were respectively the  creative and destructive nature of god ; they created their respective universes, an universe and an anti universe, a primordial universe of light and a primordial universe of Darkness ; the battle from the two, eternal rivals, never ended.

The  infinite chain effect of the sleep of god, created infinite variants of the positive universe, and infinite variants of the anti universe:  kind of hells and paradises, were born.  The universe has light, materia and time, the anti universe has anti time, anti materia and anti light ;  all this is present inside what is known as " the omniverse",a macro creation where every single possible possibility and possible thinkable or abstract idea,entity or fact, both from the dark and light side of the mind of God ;   it's already a reality in a parallel universe, separated from all the other realities by an abyss of nothingless ; every universe in fact, is like a bubble inside another bubble inside another bubble and eccetera, in the midde of the separation of every bubble ;  there is the abyss of Nothing.

Demiurge is the creator of it's own universe, and this is the Anti Universe ;

Demiurge has 3 transformations subdivideds in 3 kinds of his natural manifestations ;

Most of the parallel universes in their systems and subsystems are subjects to the laws of the concepts of good and evil,  creation and destruction ; respectively born from god and anti god,

Every movement that we do in the time and space, generates inverse chinematics of every atom that composes our body and structure ; every atom is copied and reflected by the anti materia, giving to birth his exact symmetrical contrary ; every choice, every movement, every sound,  every vibration, spin and rotation of the atoms ; gives to birth a parallel and symmetrical copy of that atom ; many atoms gives to birth an entire parallel reality based on thousands of accomplished movements .

Demiurge is like a shadow, he is the spirit of Anti God,

Anti God is  composed by G.A.D.U ( The Mind)  Arhiman ( The Spirit), and Demiurge (The Soul) ;  the archetipal concept of division, destruction and death ; Shiva, is the vedic sum of these three identities, that forms the concept of Satan ; Anti-God.

Details about The Final Boss  :

The mind of Anti-God is G.A.D.U,  his transformation in fractal form ( numbers interpretateds as geometrical images) that is a pyramid with one eye. It controls the material aspect.

He has created a genealogy of creatures, createds by his own will : they're known as angels and demons, gods, and fallen gods, nothing less and nothing more that primordial races inside our universe,the first aliens to born in the anti universe.

Our universe is a matrix like all the others, but there is a difference ; some creations, some matrixes , are divine, others, are ruled by demiurge  ; our physical universe is ruled by Demiurge.

In MUGEN infinity your mission is to save the imagination realm from the Trinity of Anti-God.

that wants to extend his " control" even in the freed by him ;

some universes have different gods,  structure and laws, depending about their own creators,

So there will be even strange creatures, gods and plenty of realities withou any sense or logical meaning for our  human conceptions.

Every image, concept or idea,  character or history of someone imagined by the human mind ; already exist inside another parallel universe, without that we're  knowing it, the imagined stuff is a copy, without realizing it ; everything travels in the dreams, dreams are the connection with parallel universes.

We're in fact, inside the human mind, made of the same substance of the Dreams. "

Fall inside your own mind, defeat Demiurge and save from evil your own Imagination. 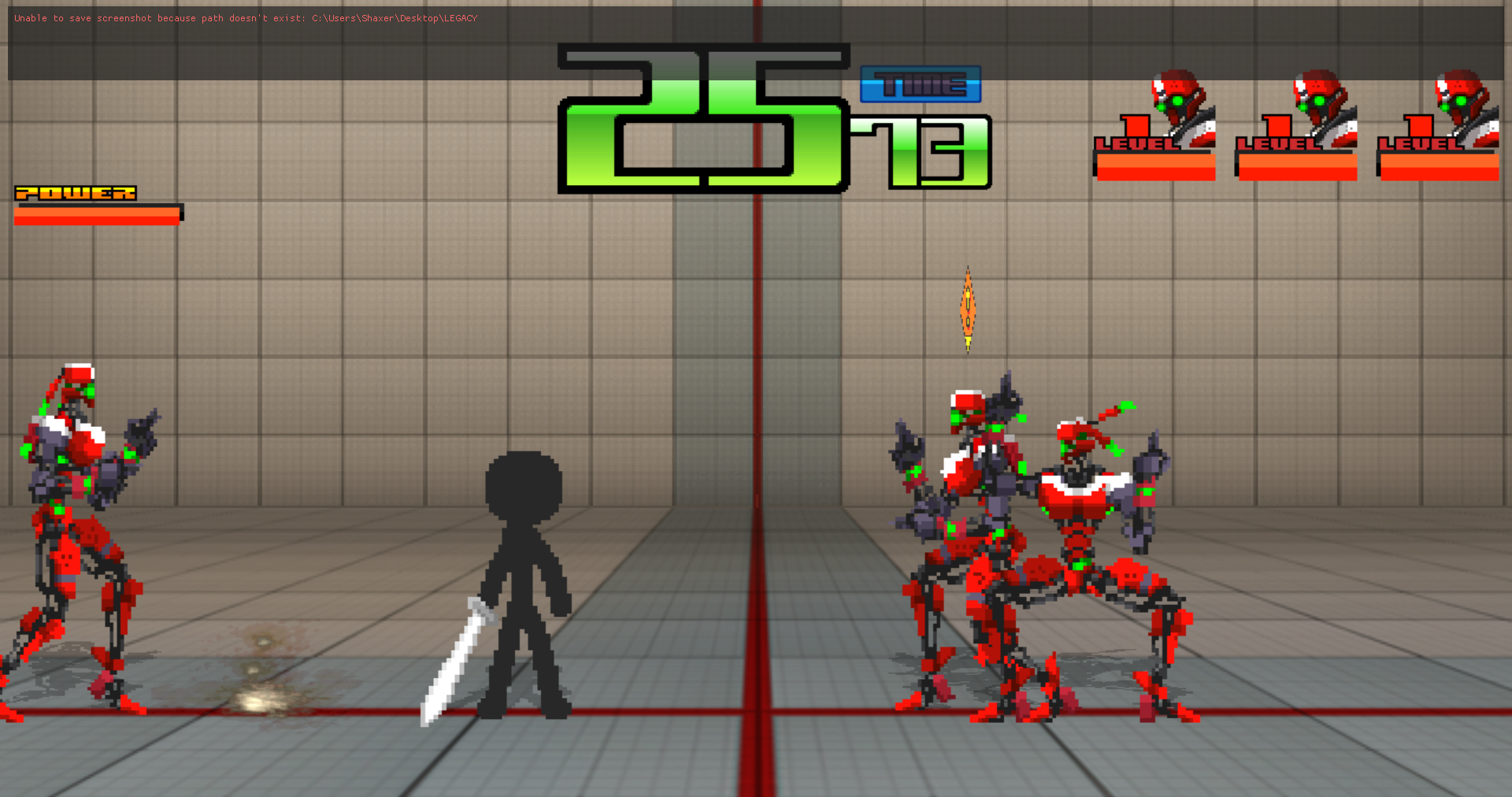 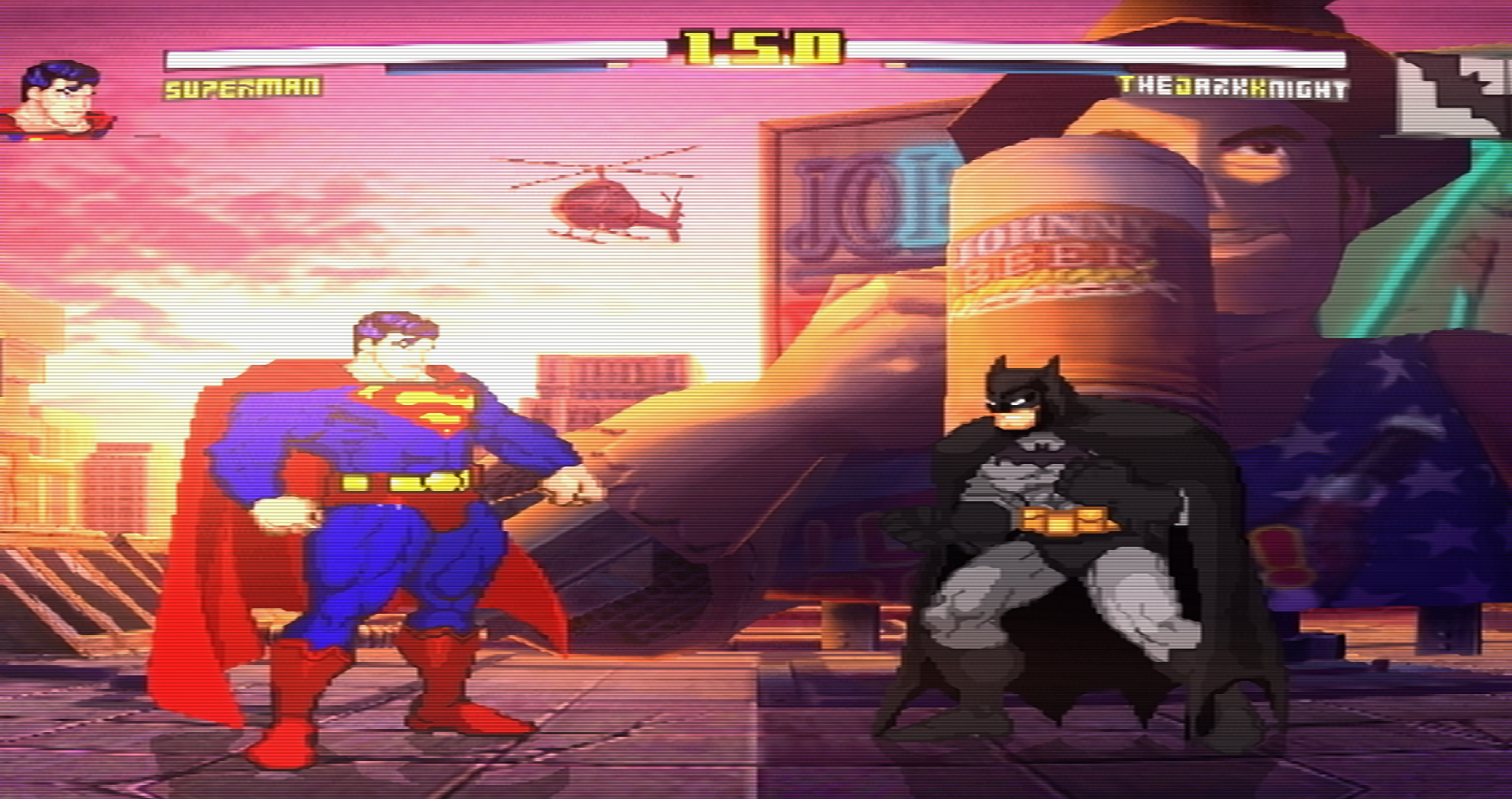 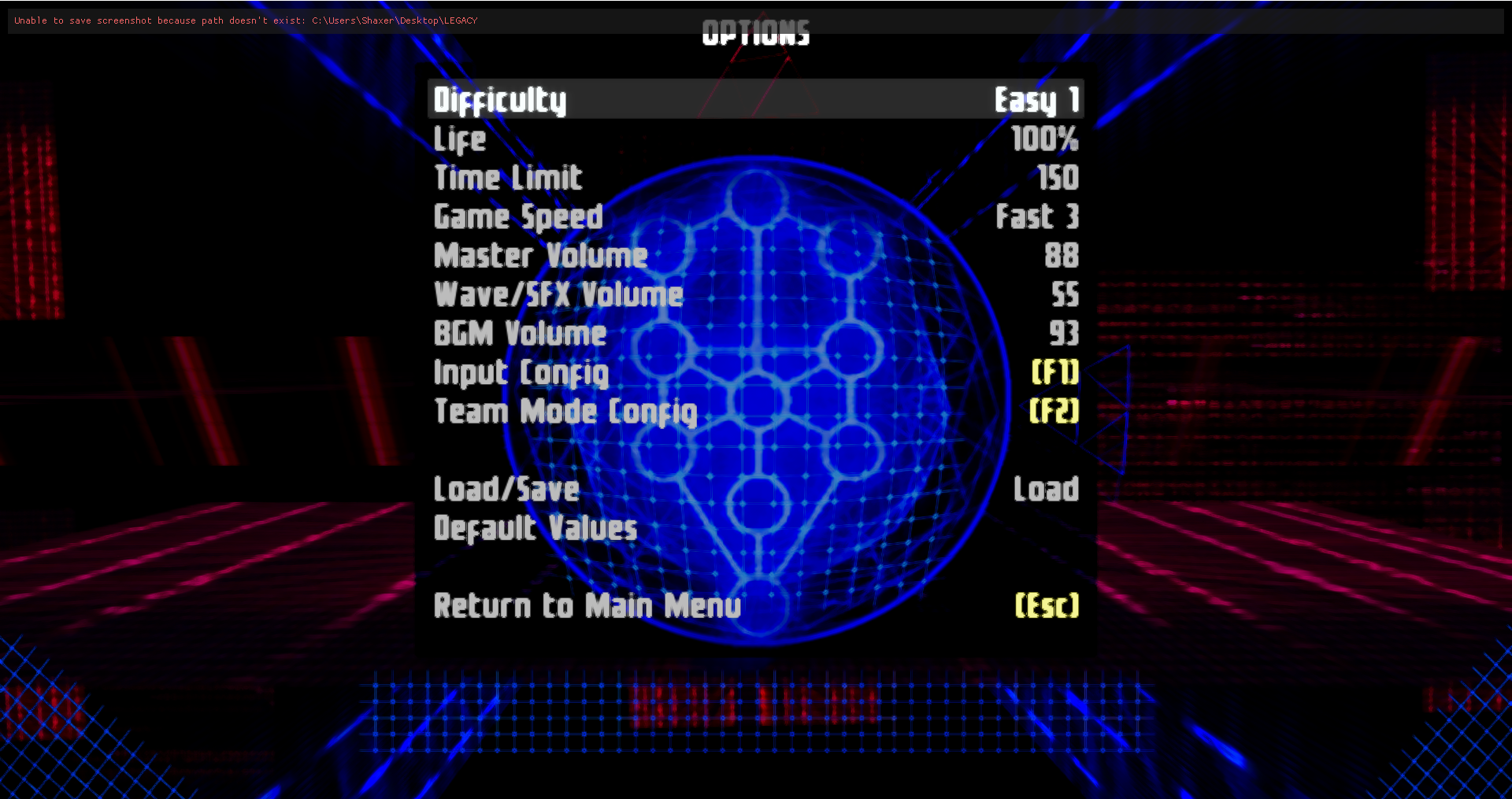 - Will you be capable to reach "Demiurge" The  Mugen Master  ?

Fight into the Arcade mode against 100 chars from all the universes, Defeat thanos, combat against the gods and meet at the end of your battles the true Demiurgical divine Entity that created " The Mugen Tournament".

The famous 2D Fighting game engine is Back ; This time totally recreated and optimized : there is  Literally Everything versus Everything.

This is the definitive Experience with the Retro 2D fighting games like Marvel Vs Capcom 2 -  Capcom vs SNK - King Of Fighters -  and Mortal Kombat Styles - Even More extra chars like N64 Mario - Sonic - and Gameboy Advance Sprites.

and this time .. even with a weak possibility to avoid the single player mode, and playing with a multiplayer experience, using programs like Parsec.

Will you be so much Lucky to finish the Arcade Mode and defeat 100 chars into  one single  Run ?  You can discovert this, Only Playing it, and exploring every, single character, from the most weak to the most Cheap, from the kids characters, until to reach the abysses of multiverse Darkness, until to defeat  the gods of Higher Dimensions . The multiverse is unlimited, so there will be unlimited combinations of Battles.

[Edit] External Help and Collaboration for the IKEMEN Implementation for a better multiplayer Experience, Is accepted and i have the arms opens for anyone wants to help me with the coding of a real Multiplayer Mode implementation.