We are starting our Patreon campaign today!

So far, all the progress we made has been self--funded, and that hasn't been easy.

We are humbly asking that if you feel interested in the game and want to help in the development, being part of design decisions and the game itself (you can name an NPC and many more cool stuff!) please consider joining us on Patreon!

Hope to see you there!

Welcome to our itch.io page! 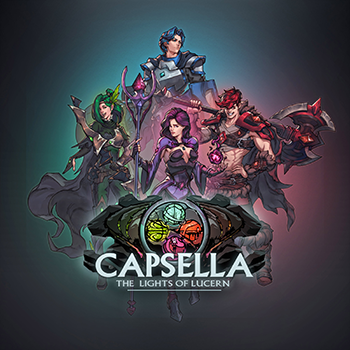 We are working hard to bring more content and updates to it, starting at a completely new and online version of the game! Better controls, faster pace, exciting and fun sessions!

Don't be shy and let us know what you think about the game! How your experience was, if you wish that something would be different, let us know!

Hope to see you there!

I'm Rogério, founder and lead developer at Bravery Software. I started working in our company first game when I was a Lead QA at EA mobile Brazil.

It all started with the new Unreal Engine 4 at the time, I always had the dev-RPG syndrome (for those that don't know this rare disease, it consists of creating at least one RPG before you die). Here's an early footage of how it was looking:

At the time, I was able to recruit a friend to work on the 3D models (thank you Gabriel), and here's a year later:

With that, we were able to find Milan, a sound designer and Una, a concept artist. We are a team now.

With a lot of effort and work, the game was launched on Steam early access, with lots and lots of updates:

After launching on Steam, it was time to tackle the consoles.

I started discussing with Microsoft, Nintendo and Sony, what a month! After several emails, tests and documents, we finally got approved for all consoles! Some took more time than others, but it was a dream coming true.

Today we are still a small team, I do all the UE4 work and scenery models, Gabriel does the characters, Milan works on the sound aspects and Una gives form to what I envisioned.

At the start of 2019, we launched our game Capsella The Lights of Lucern on itch.io as well, and we are improving and adding more content to the game as we can.

That's us! Check our game if you want, and save it on your wish list!