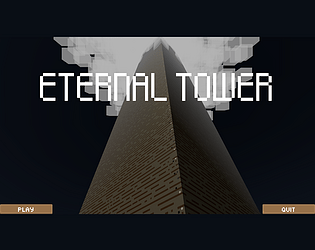 There's a lot of potential for a fun procedural shooter here but there's also a lot of issues to work out first.

Obviously sound and weapon-fire diversity needs to be implemented even though they have different stats, I feel that the game could greatly benefit in having some kind of customization-station available between floors. There's a lot of customization and weapon differentiation that can't be appreciated without resetting the game, which would probably work fine in a full release but most other jammer's might not play through more then a cycle or so to appreciate it. Related to that, I had suffered confusion on the "Exit" door, not knowing that I could use it to reset to the customization table while keeping my loot.

There's also something wonky going on with the lighting on the weapon's themselves at the customization-table, I assume pre-baked lighting/occlusion that makes an entire side of the weapon go black and shading on the game-scene-walls is also pretty dark. There's no feedback for when a weapon is assigned to a slot, and almost more importantly, there's no consistency of the equipped weapon from a previous floor being the chosen weapon on the next; i.e. it always resets to the slot-1 weapon. None of this is really ruins the game, just takes time to acquaint with,  and it's more then forgivable for a jam.

Generally I don't like most voxel art but you did some pretty fun and interesting things with the chests and enemies. The Scruffers especially were friggen' fantastic. I'd watched 'Stephen King's It' during the jam and debated adding some of that creepiness in my own game; I assume it inspired the Scruffers but either way, GREAT work there!

Overall I really liked what you did and hope you keep at it! :D

Edit: Forgot to mention that your title screen was amazing. <3

Love the voxel graphics. Plays very well for an FPS developed in a week!