run away from the raptor for as long as you can
Submitted by ai Doge (@ai_Doge), JackOatley (@f_oatley) — 3 hours, 38 minutes before the deadline
Add to collection 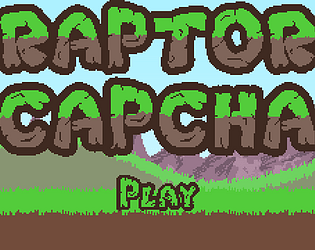 What was your theme you chose!?
where you run away from dinosaurs to gain levels

Any obstacles you found while working that were hard to overcome?
learning pixi.js from scratch, and it was easy but time consuming.

Anything you had to ultimately cut from the game due to time or lack of knowledge?
yes.
the original game idea was much bigger, we planned on making randomly generated terrain, physics and more, but it is too much work for the short jam.

Anything really cool you learned?
pixi.js

Do you think you will continue this project?
I would want to develop this game into the original idea.