A dimension jumping plat-former where you "Telefrag" into enemies to kill them.
Submitted by Benjamin Emdon (@BenjaminEmdon) — 5 minutes, 19 seconds before the deadline
Add to collection 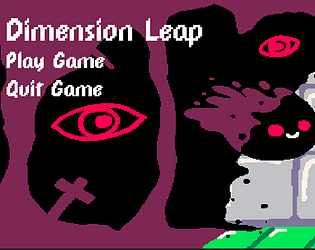 Cute game. I included it in my Jamfuser compilation video series, if you’d like to take a look. :)

Hahaa your player character is ace! Reminds me of The End Is Nigh!