A blind game stuck between ancient Greece and the 1980's.
Submitted by promethee — 11 hours, 16 minutes before the deadline
Add to collection 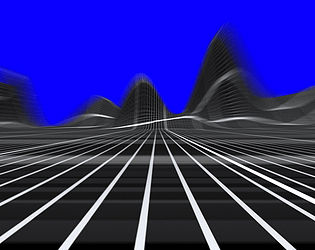 Name of the game
Prométhée

Type of game
A blind game stuck between ancient Greece and the 1980's.

Short description of the game
ORIGINS OF THE GAME
We've been working on the concept of Prométhée since last september, 2015. It first started as a short workshop game. Back then we developped the idea of a blind game that you could play with a helmet. We messed around the story of Prométhée, the mythologic titan, and what would happen to him if he went blind. In the story, he is helped by a centaur, Chiron. This idea of a companion came later and we created a second version of the helmet for allowing two players playing it. One hear but does not see anything, the other sees the screen but can not hear where the ennemies are coming or where to go. Our last idea was that, in order for everyone to play, we would release the drawing of the helmet so everyone could make it at home and play Prométhée. Or maybe gives ideas of new games to create with it.

THE STORY
Prométhée is about a mythological quest. Imagine : the player in the helmet plays the titan that is trying to bring back the fire of knowledge to mankind. The second player is Chiron, a centaur that helps Prométhée in succeeding in his quest. Both are playing against the gods of Olympus. They want to keep the knowledge to themself and send as many obstacles as they can to stop the two heroes to go further.

THE ARCHITECTURE OF THE GAME
The game is divided in three levels : a tutorial that helps the players to understand the possible movements and actions, a maze and a battle against the eagles.
Hearing is an important immersive sense and we believe that it can be a powerfull way to express and experience a story. We also think that, in the dark, the players have to find another type of concentration. The helmet we are constructing is something that helps the players to go through a certain experience. As the helmet is both to darken and to make collaborate the two players.

How to play
You will need headphones and a special helmet to play Prométhée. The schematics are open source so you can download it here and make it at home. You will just need a large cardboard (At least A2).
The game uses the gyroscope of the tablet so, to move, the player with the helmet has to turn his head around.
As it is a demo, it is only available for OSX.

The creators
Margaux Charvolin and Benoît Renaudin are MA student in Media Design, Head Geneva. Margaux worked on the code and Benoît on the sound design. They both did the game design and the object design of the helmet. As a small team, they prefered to concentrate on the sound aspect of the game. They are convinced that hearing is as powerfull as seeing.