A game for GMTK game jam
Submitted by scoper — 1 hour, 37 minutes before the deadline
Add to collection 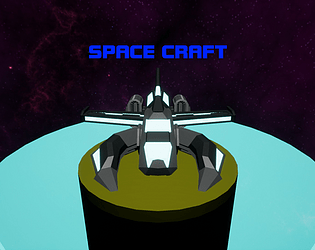 +It functions apparently as intended!

- It seems like missles can occasionally spawn in unavoidable configurations

-- Unclear how it relates to the theme of the jam.

yes I just found out that the missiles don't spawn as intended. And about the theme, in other similar games by shooting the missiles they get destroyed. But in this game it only moves them back. just like I said a shooter without destruction. But I agree killing enemies or destroying them isn't the most important mechanic in a game. Thank you for your rating though.

That's too bad about the missile spawns! My team had a very similar thing happen to us right at the end, where I borked the code for the green light without realizing it and it took most of our buttons down with it. Luckily we caught it and were able to do a lightning fast reupload inside of the ten minute mark, but I've come across loads of people who weren't so lucky as we were :-/

I see your concept a bit more clearly now, but also how it didn't read for me. In terms of visual language, the laser beams are still pretty "destruction-y" even if that's not the verb they accompish in actual play. Reframing that as a broad-shaped "energy pulse" might help wth that, as well as reducing the accuracy required to successfully push away groups of missiles. If you really want to go ham, you could even recontextualize the play entirely into something mechanically identical but thematically more appropriate to your repelling idea, such as staving off unwanted attention or puffing air at moths trying to land on you. That might be a bit out there for the scope of the jam, though :-P