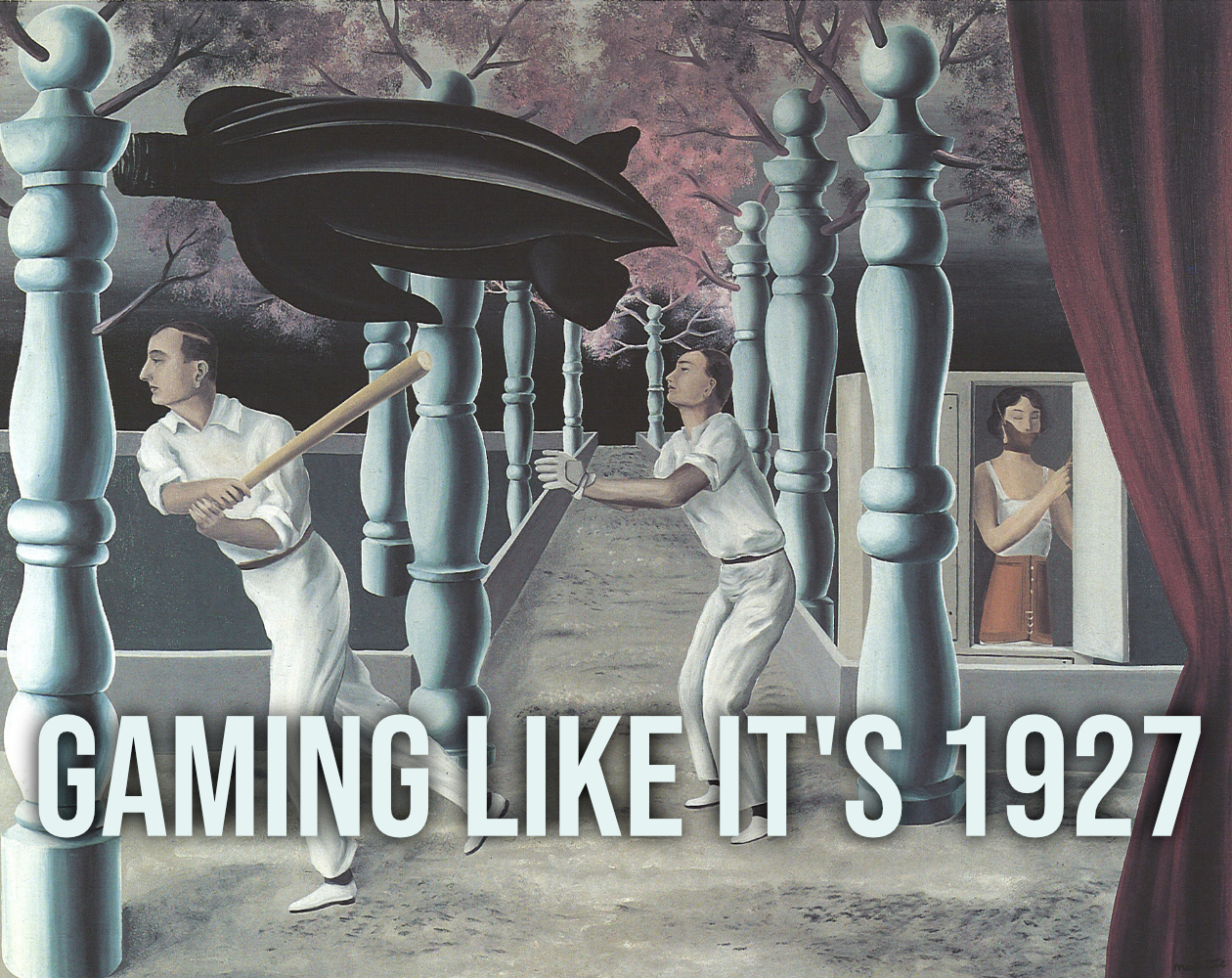 Gaming Like It's 1927 logo, based on Magritte's The Secret Player

A new year means new material entering the public domain! From January 1st 2023, works from 1927 are free to use and remix (except for sound recordings, which are only free from 1922 and earlier).

For digital games, we’ll only be judging games that are playable in the browser. This includes interactive fiction using frameworks like Twine. and storytelling game platforms like Story Synth. You can submit desktop or mobile games but we won’t consider them for prizes.

For purely analog games, we’re looking for tabletop RPGs, larps, board games, and everything in between. We encourage you to design something short and quickly playable. Our judges are only committed to reading the first four pages of your submission. Golden Cobra and Game Chef contain great examples of brief, compelling games.

Don’t worry about making a highly polished game! We’re more interested in your ideas and how you use the public domain. For analog games, a simple PDF or even Google Doc is totally acceptable – past winners have included clever games with simple designs.

This jam is organized by Randy Lubin of Diegetic Games and Mike Masnick and Leigh Beadon of Techdirt and we’re contributing prizes. Every winner will get to pick one of:

We will not tolerate sexism, racism, or discrimination of any kind. Some works from 1927 may contain offensive stereotypes. Either avoid these works or address the problematic material in a responsible manner.

Yes, but at least one work from 1927 must be included in your game in some form.

Can I set a price on my game?

You can, though we will ask for a free version to share with our judges.