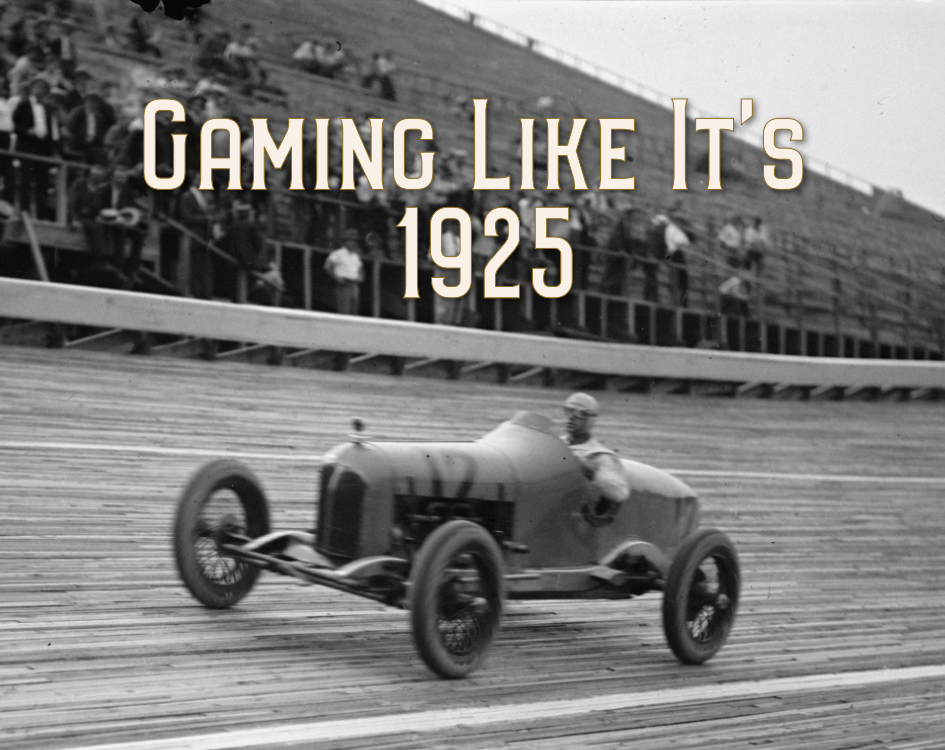 A new year means new material entering the public domain! From January 1st 2021, works from 1925 are free to use and remix.

This is the third annual jam in the 'Gaming Like it's 192X' series. You can see submissions from the Gaming Like It's 1923  and Gaming Like It's 1924 jams. This year, we're continuing the tradition and celebrating works from 1925. Let's make games that are about or inspired by these works.

You can read more about the winners in this write-up on Techdirt.

We want to call special attention to The New Negro – an anthology of fiction, poetry, and essays that is considered to be the defining text of the Harlem Renaissance. We'd love to see games that seriously engage with and remix its contents!

For digital games, we’ll only be judging games that are playable in the browser. This includes interactive fiction using frameworks like Twine. You can submit desktop or mobile games but we won’t consider them for prizes.

For analog games, we’re looking for tabletop RPGs, larps, board games, and everything in between. We encourage you to design something short and quickly playable. Our judges are only committed to reading the first four pages of your submission. Golden Cobra and Game Chef contain great examples of brief, compelling games.

For analog games, a simple PDF or even Google Doc is totally acceptable – past winners have included clever games with simple designs.

Co-host Randy Lubin has recently launched a platform called Story Synth which lets designers quickly create web-based storytelling games by adding content to a Google Sheet and then sharing the link. The goal is to make going from idea to playable game as quick and easy as possible. If you have any questions, need any help, or have requests for  new features, he's be excited to chat and help out!

Twine is a perennial favorite for interactive fiction and they have a thorough wiki to help you get started.

Glitch is a collaborative coding platform which makes it easy to remix and host apps and CEO Anil Dash is a judge this year. Check out their games page to find app you can remix.

Don’t worry about making a highly polished game! We’re more interested in your ideas and how you use the public domain.

This jam is organized by Randy Lubin of Diegetic Games and Mike Masnick of Techdirt and we’re contributing prizes. Every winner will get to pick one of:

We have a wonderful panel of judges that include digital and analog game designers as well as public domain experts:

We may add more judges depending on the volume of submissions.

We will not tolerate sexism, racism, or discrimination of any kind. Some works from 1925 may contain offensive stereotypes. Either avoid these works or address the problematic material in a responsible manner.

Yes, but at least one work from 1925 must be included in your game in some form.

Can I set a price on my game?

You can, though we will ask for a free version to share with our judges.

Rhythm Action Gatsby
The best medium to experience F. Scott Fitzgerald's American classic - Rhythm Action
RobGamesThingy
Rhythm
Play in browser
KALIWANAGAN
$4
A 2d7 game of decadence, crime, and justice. For 1 or more players.
Secession Cycles
The Great Ratsby
You're a rich and famous rodent trying to win back your love! While a rival seeks to kill you in cold blood.
M. Davis
~THE GREAT GATSBY~
A Platformer About F. Scott Fitzgerald's Famous Novel
Floatingtable Games
Platformer
Play in browser
Remembering Grußau
a game about reflecting on the death of a Jewish artist named Felix Nussbaum who was murdered during the Holocaust.
Max Fefer
Role Playing
Play in browser
The Great Gatsby: The Tabletop Roleplaying Game
$5
Relive the adventures of Nick and Gatsby in this tabletop game!
segoli
Nine One Two Five
Hackers desperately try to upload a program to stop facial recognition, will you help them or stop them?
CutlassBoardgame
There Are No Eyes Here
A series of interactive artworks, made for the Gaming Like it's 1925 jam.
jukel
Puzzle
Play in browser
What's so Beautiful about the Damned?
WSCAHack of Beautiful & Damned by Robot Francis
Marc Strocks
An Evening's Entertainment
An adaptation of the M.R. James ghost story.
katherine
Interactive Fiction
Play in browser
Life Of The Party
A competitive story card game for 2-4 Players.
Jason Prechtel
Game #40rty One [dash] Se7en
Get your people aboard a balloon (or is it the moon?) Based on an EE Cummings poem.
Jeff Black
The Great Gatsby: The Game: The Movie (The Game) LIVE! On Stage
That's jazz, baby.
wannabegames
Art Apart
A simple jigsaw puzzle game featuring famous public domain art from 1925
ShadowDx
Puzzle
Play in browser
Go West Young Player
Gaming like it's 1925
AlekMax64
Visual Novel
Play in browser
Fish Magic
A surrealistic tabletop board game of the celestial, earthly, and aquatic.
David Harris
powered by