Submitted by st0reytime — 7 minutes, 5 seconds before the deadline
Add to collection 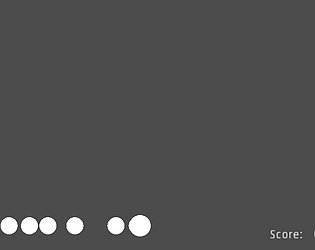 It took me a second to realize what the game actually was since the artstyle didn't say anything and there were no instructions upon booting up the game, the Ui is very small so it's a bit difficult to play and focus, it even caused an optical illusion where it made it appear as if my screen was stretching. There is also no penalty for missing

I think you have to download all 3 for the game to work properly.

Music seemed to be only coming from left ear.