Uncover the the story of sample 8
Submitted by Moe4B (@Moe4B) — 2 minutes, 32 seconds before the deadline
Add to collection 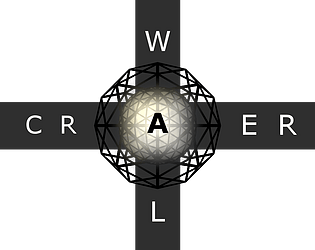 This game was a lot of fun...until the end.

Once I got to the reactor core, and finally got all the enemies killed, it turned to a repetitious bit of "shoot enemy, hide behind corner, wait for health to recharge, repeat." I feel that having some health pickups would have made that fight a lot more fun, as it would give the player something to move to. It was overall a solid game, it just lagged there in the end.

Thanks for playing and the for the feedback, I agree health packs would've been nicer for the game and it was what I was planning but I had to make do with the regeneration in the end due to time constraints.

Also as for the boss the blast shouldn't mean that it's dead but that it is near death, I've made the enemy health stop at 200 points and for the health bar to stay visible, hopefully this will hint that there is still more needed to kill the alien, also modified the alien to be able to see past the pillars so the player can't hide there instead you have to run & gun.

Thank you for your input your input, it will make the game better for future players.

All updates have been published as a separate update from the initial jam submission.

Ah, I see what you mean. The health bar did go away after that blast, so I assumed it was dead. Also, it wasn't the pillars I hid behind. The entry to the room has a section that can't be seen by the boss, so I would peek out, unload, and then hide again. I'll check out the updated version very soon!