Don't step on a bomb while you're searching for gold.
Submitted by Ryan Kubik (@ryrykubes) — 13 hours, 40 minutes before the deadline
Add to collection 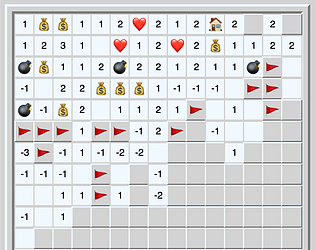 Is your game a roguelike or a roguelite? (If not, please don't submit your game)
Roguelike