A roguelite with a capital ARRR!
Submitted by relsqui — 1 day, 3 hours before the deadline
Add to collection 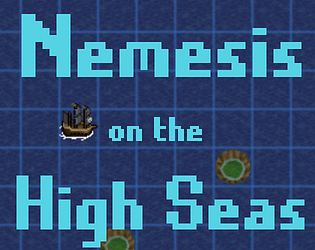 Did development of the game take place during the 7DRL Challenge week. (If not, please don't submit your game)
Yep!

Is your game a roguelike or a roguelite? (If not, please don't submit your game)
Arguably!