"Heroes of resource management and positioning"
Submitted by Eldar Bogdanov (@gojira_tc) — 1 day, 12 hours before the deadline
Add to collection 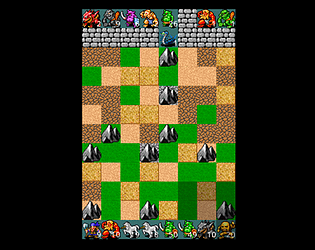 Is your game a roguelike or a roguelite? (If not, please don't submit your game)
Yes: turn-based, procgen, permadeath