Play as a raccoon descending into a dungeon. Rendered in emojis. Made for 7DRL 2020.
Submitted by ChrisLHall (@MrChrisLHall) — 1 day, 10 hours before the deadline
Add to collection 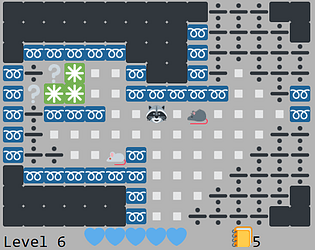