The first thing that I want to talk it’s about my next releases in games, I’m sketching and brainstorming a game for develop it in deep, maybe if you follow me in social medias, already you’ve something about this game, I called it temporally “Project Ranib”, and because images says more than 1000 words, here a little screenshot.

“That’s like a draw by a kid of 6 years” this is what my mom says, and want to talk about that. Make an original art style when you make games it’s kinda hard, and more if you even don’t know how to draw. So, yes, I stolen completely from the Wario Ware DIY tutorial and that’s a thing to see in deep in another blog.

I’ve implemented some tools in pro to develop the game more fast fast, because I’m using the game framework Kaboom, and in diff with Unity and others engines, it doesn’t have editor, it’s only code, so I’ve created mine!

So, what it’s about the game? The genre? The topic? Idk really lmao, I’m brainstorming rn, but I have a Notion explaining some things of the game. I’ve started documented ideas in Notion and it’s a great thing 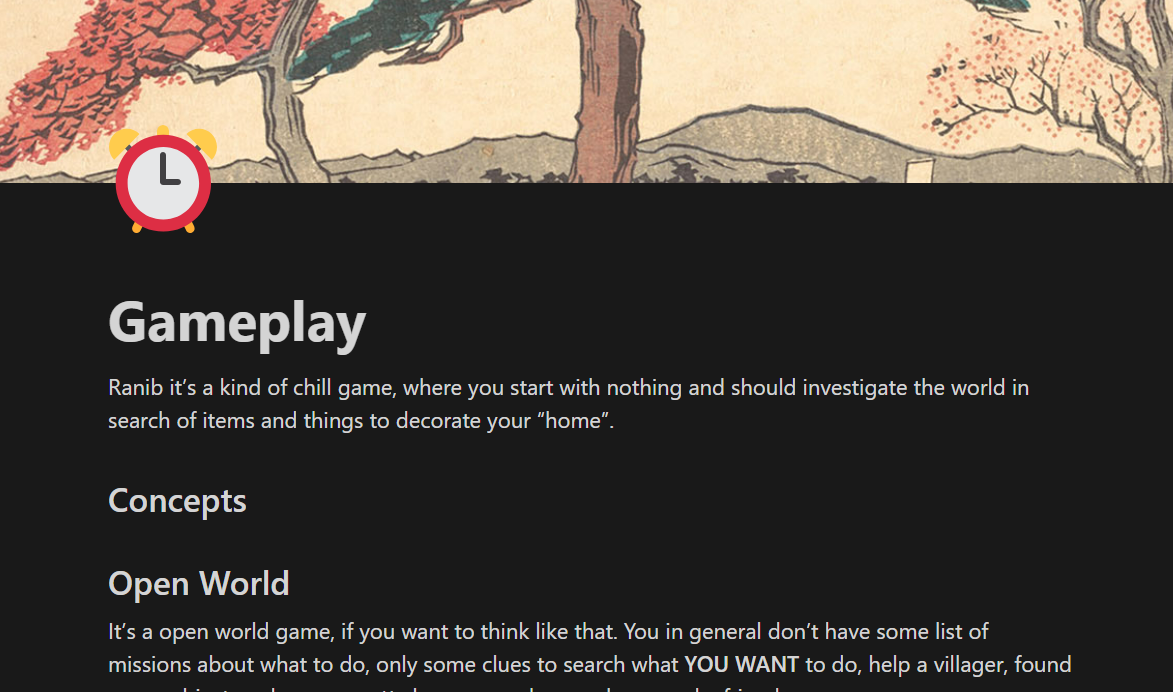 I wanna share more about this game, in a future, more talking about the design and my experience starting code this game. So, you can share any thoughts in the comments. About The Juicy edit mobile, still waiting (no one is waiting). Bye