Pay What You Want TTRPG 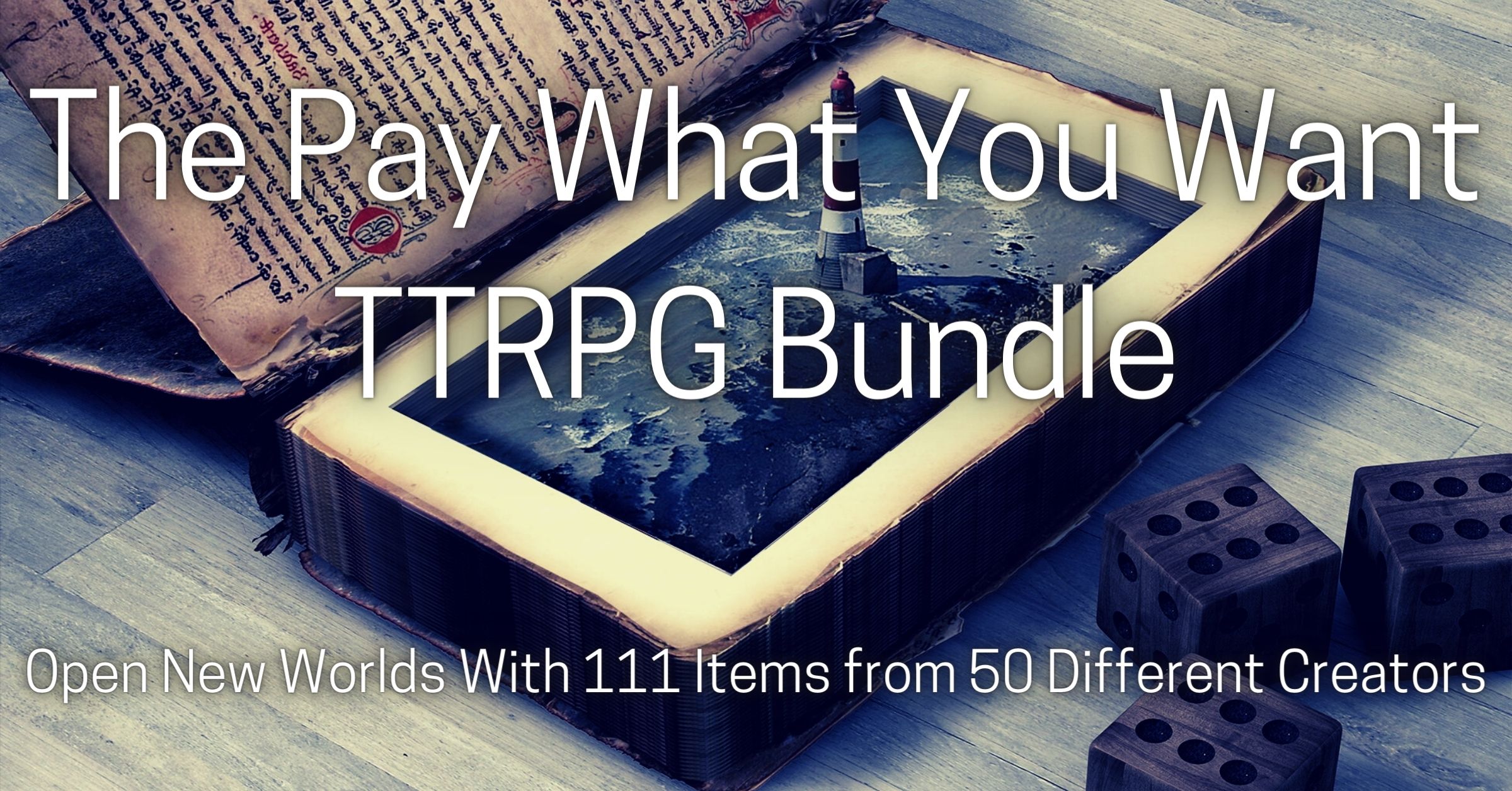 Do you want WAY TOO MANY GAMES?

How about FOR FREE?

Get a truly staggering number of core systems, supplements, battlemaps, novels, poetry, and game material from all across the TTRPG space for NULL RESOURCES.

Race jet cars on sleek tracks, become a sewer creature, manage a kingdom's resources, guard the future against immortal foes, and survive only as long as your candle does.

There's never been a better opportunity to snap up so many games, maps, supplements, and more!

(All purchases of this bundle are split evenly between contributors and help to fund the creation of new games and gaming material.)

Also, we weren't able to fit the following games in the bundle due to space limitations, but they're also cool and PWYW and you should check them out:

Edit: We've passed our first goal! We weren't sure what to expect when we launched the bundle, but it's already been a huge success for us. So to everyone who's donated, spread the word, or just downloaded games: thank you!

2nd Edit: We've passed the 1k mark on a free bundle. Thank you everyone for your support! While the games in this bundle were not designed with profit in mind, money from these bundles helps support new game development, as well as the living expenses of the designers.

3rd Edit: Third goal somehow?! Thank you for your support, and we're glad this bundle has been so well received. We'll aim to do another in the future, once some more free games have been made.