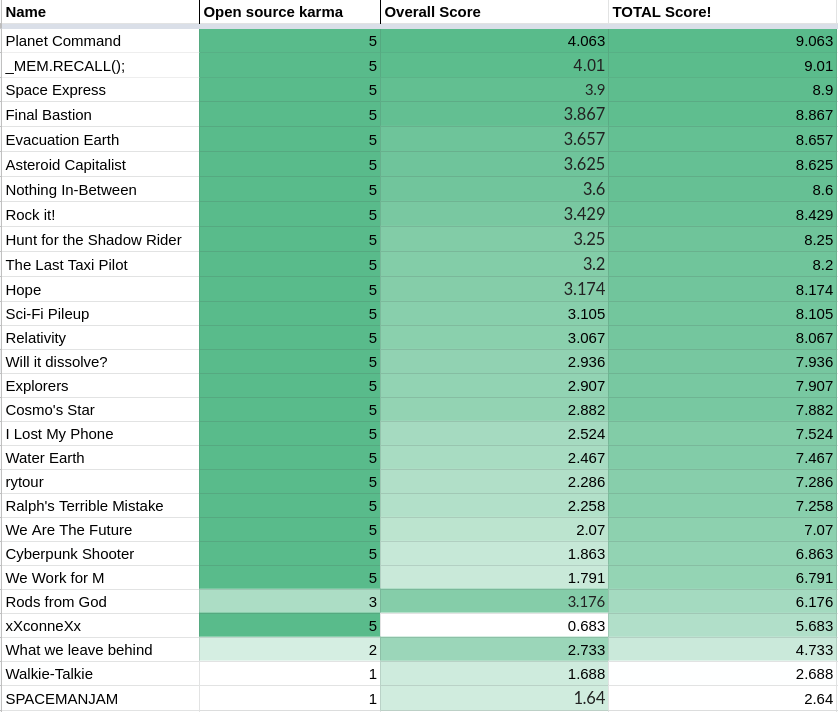 After judging has completed, the top three games combined score of Overall + Open Source Karma categories will be chosen and featured at All Things Open in Raleigh, N.C.  October 13-15.  Your game, your source code, and your contribution to open source are an even bigger prize.   There are no monetary or physical rewards in Open Jam.

Note: "Open platform" refers to any open-source OS. Examples are Linux, FreeBSD, or even the web.

Open Jam is a collaboration brought to you by  Red Hat,  Jared Sprague and Michael Clayton.