PLOT: it's the actual storyline of the piece. It's what you get if you strip away everything but what happens.

CHARACTERS: character writing is the aspect of game writing that fleshes out the characters and focuses on their lives and their struggles.

LORE: everything that makes the world feel vibrant and alive. It's the stuff that makes it feel like the world you're playing in existed long before your characters got there, and that it exists outisde of whatever your character is doing.

If you want to know more about this three pillars go check out this awesome extra credits video (we actually got some info for the descriptions from there <3). 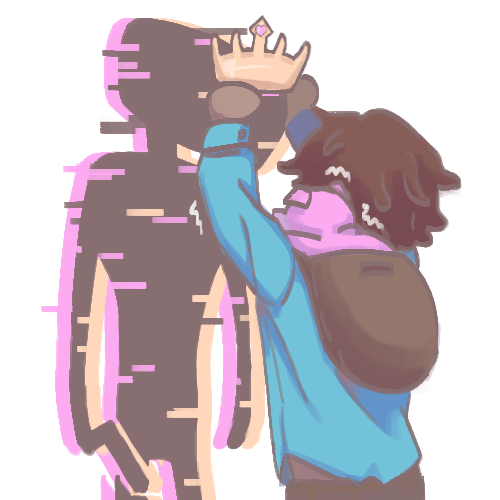 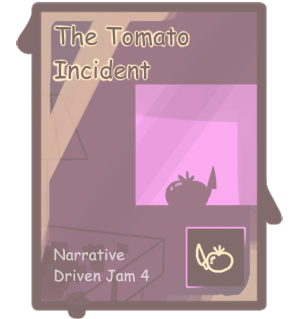 A week or so before the jam starts we'll be opening the #theme-vote channel so you guys can submit your theme ideas. After that we'll be closing the channel and decide between the admins what theme to actually choose.

THE TOMATO INCIDENT: nobody likes to talk about it, it happened long ago: "the tomato incident".

They're as the name indicates: optional themes. You can use them if you want but you don’t have to. Not having them won’t affect the score of your game. These optional themes are revealed at the same time as the theme.

CATS: cats are cute, why not feature a cat in your game?

BREAK THE RULES: make a game that is meant to be played by breaking the rules.

MORE THAN ONE: make a game with more than one playable character.

Can I edit my game after the submission time is due? The files are going to be locked but you can change your page design and content.

Can I submit after the submission time is due? No, so try to manage your time well.

What game engines are allowed? All of them, there’s no limitation on that regard.

Can I work in more than one game? Yep! Don’t overwork yourself tho.

Can I use online assets? If they’re free yes, read the terms of use and if you have to credit do so.

What about paid assets? As long as paid assets comply to the terms of use you're good.

Can I submit my game to other jam as well? Yep, as long as the other jam is ok with it and the game fits both themes.

At the end of the Jam, there will be a rating period of 5 days. Your game will be rated on:

Theme: How well your game uses the theme.

Enjoyment: How much you enjoyed your time with the game.

Concept: How interesting or unique the main focus of the game was.

Graphics: Does it look good?

Audio: Do you like the music? Does it fit the game? What about the sound effects? Voice acting, oh mai gad this game has voice acting?!

Combat Felines
Join the Clan.
Dumb Luck
Interactive Fiction
Play in browser
loving-apples
Beneath the soil, lies a bed, beside the corpses.
risquelambs
Visual Novel
Lonely Mountain
Survival on one side, tragedy on the other.
KaaSnake
Visual Novel
Blight of the Holy Tomato
Explore the Tomato God's Realm and face his Judgement
SquidInkGames
Visual Novel
Cat-ching is a Cat Thing
Narrative Driven Jam #4 Entry
𝐄𝑛𝑔𝑟𝑎𝑧𝐞
Action
Play in browser
Flight from the Robots
$3.33
Help Ian save himself and escape from his underground flat!
Peter G. Bouillon
Adventure
Detective Suzanne Quinn
Solve the murder of Patrick Von Petrova.
Wolfina5
Adventure
C H E R R Y D R E A M [walking 'round a surreal dream field]
Walk around a dream as Cherry, a tomato headed wanderer. Talk to strange beings. That's it.
Box of Mushrooms
Interactive Fiction
Play in browser
GIF
Vegeteble Mysterez
Blob and Harry sniff out a culprit after word gets out that there's been a Murder!
Scoot o' Speed Studios
Visual Novel
Play in browser
Escape The Soup
Follow a young tomato on their Journey To escape a life on the plates of food critics.
TheRealRazzmatazz
Platformer
Redbud Falls
Spend the afternoon at a farmer's market, but don't get sunburned!
WordyRobin
Interactive Fiction
Play in browser
Interstice
Is it what connect us? Or what keeps us apart?
HeroRobb
Platformer
powered by