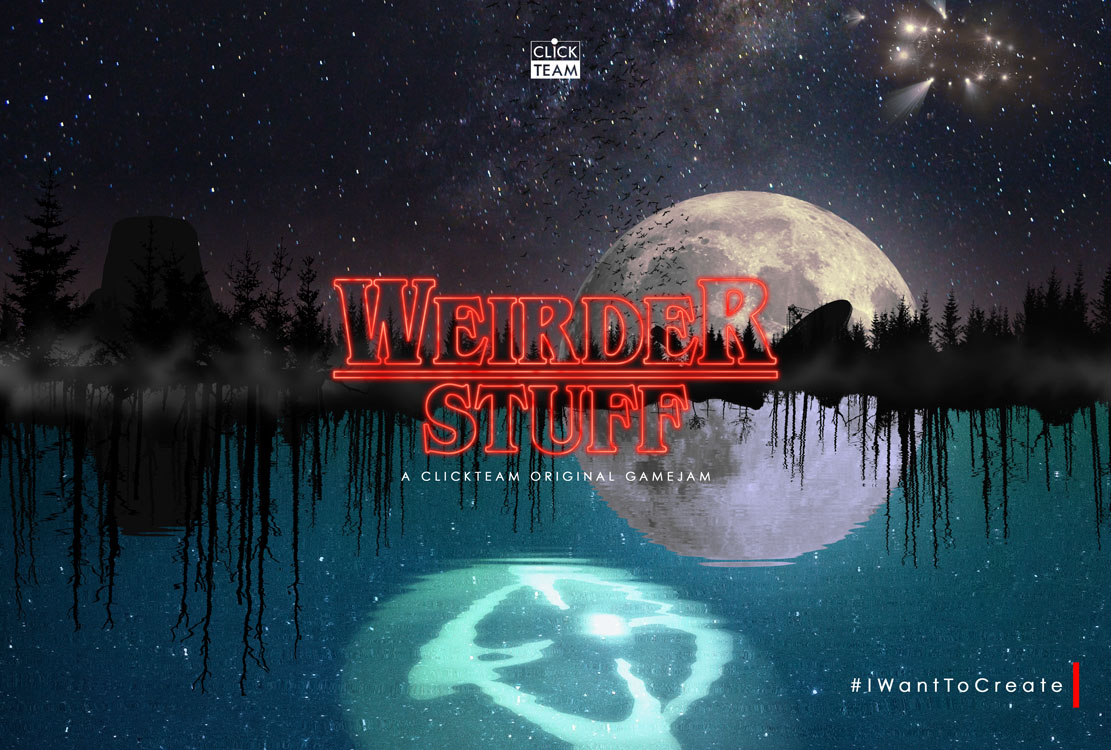 A game idea. A development tool with incredible power. Indie developers who won't rest till the next hit is found, Weirder Stuff a Gamejam by Clickteam.

Something is going on here!

Some consider it "weird", a development tool that allows you to create awesome games faster and with less work then other methods. Hidden from the main stream eye you have found such a tool. Either by some unknown force directing you here or by simply clicking a link you can now become part of the phenomena and make Weirder Stuff...

Odd or not, those of you brave to say "

#IWantToCreate my own game!" have a unique chance to create something between Oct 1st and Oct 2nd, Look below for the details that will guide you on your journey. Those brave enough to jump into the strange can win awesome prizes! The stuff you create can also be entered in a month long contest starting on sept 27th to compete with other entries globally for even larger prizes!

If you live near one of these locations you might want to make it even stranger by participating in the Jam in person. Details and confirmation for each location will be forthcoming. If you have a location and want to host a Jam, let us know!

Anyone can vote for their favorite submissions, the following criteria will will be used.

Check out all the other things planned for October!