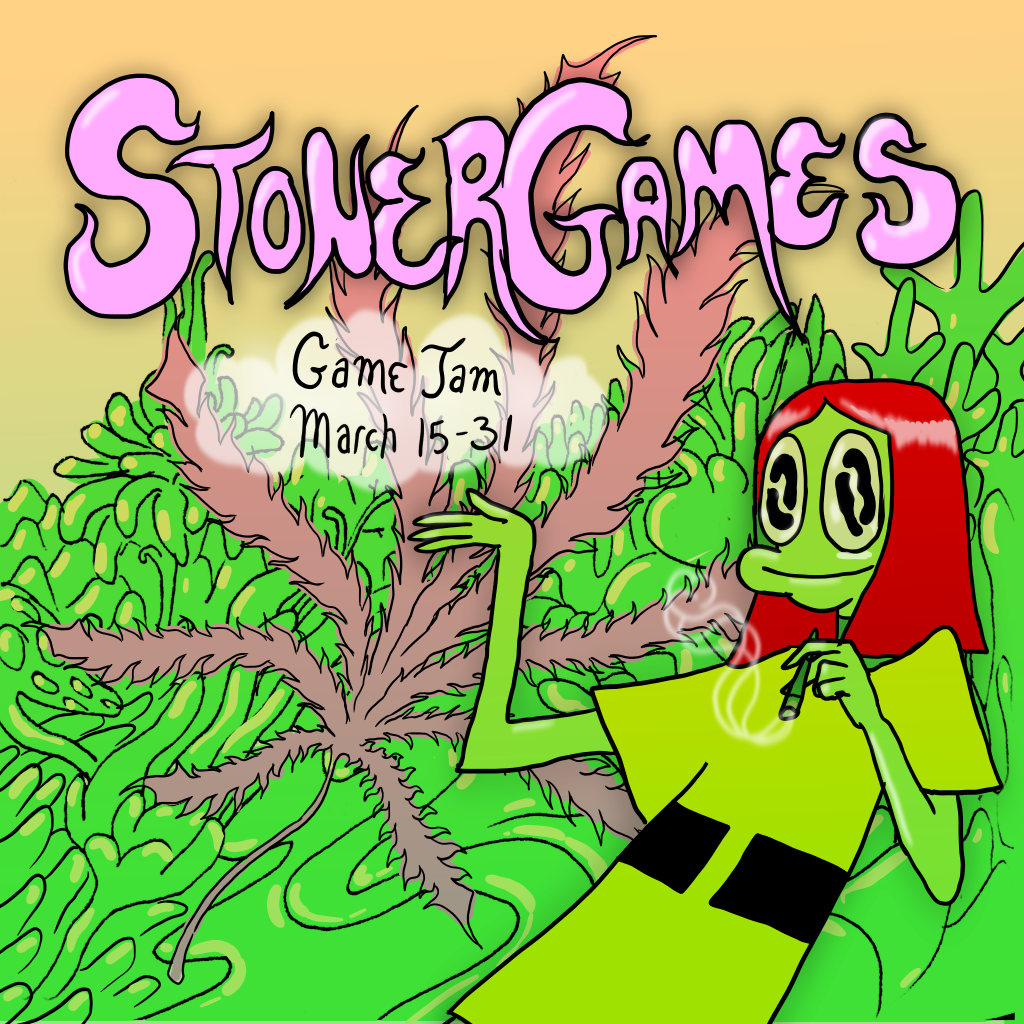 'Games that only make sense when you are stoned' JAM

Hi stoners, How are you?

Last year in November Thorsten S. Wiedemann invited Paloma Dawkins to join the A MAZE. Cape Town Pop Up at Playtopia in Cape Town. Paloma is working and has released some really trippy VR and game projects. With her art-style, mindtwisting game mechanics she created her own unique signature as game maker and digital artist. So Paloma and I took a taxi from Thambo Airport in Johannesburg to Bannister Hotel (official A MAZE. Hotel) in Braamfontain. On the way to the hotel… it’s a 30min ride and costs 300ZAR (fyi) we’ve been chatting about future projects and Paloma came up with this brilliant idea of making a stoner arcade filled with games for stoners only.  Here we come let's do a game jam to fill an arcade with an old game genre.

Paloma Dawkins, Gianluca Pandolfo and Thorsten S. Wiedemann want to invite you to the “Games That Only Make Sense Playing When You Are Stoned Jam” which will be held online from March 15-31, 2019 . All the submitted games will be legally showcased at A MAZE. / Berlin 2019.

We don't accept any discriminatory content based on gender, sexual orientation, disability, physical appearance, race, religion, etc. If we see any content that seems to go against this rule, we may take any action we deem appropriate, including warning the participant or removing them from the jam.

If you have any question or concern, please get in touch with Thorsten S. Wiedemann, Gianluca Pandolfo or Paloma Dawkins (art work),

For the showcase, Gianluca Pandolfo programmes an after-the-festival released showcase-app. In order to get on our app, your exhibition build pack has to come with the following features.

You don't have to be physically present at A MAZE./ Berlin Festival for your game to be displayed.

A MAZE. / Berlin brings together international independent game developers, digital creatives and game enthusiast in Berlin. A MAZE. / Berlin is also a public festival with a mind-blowing music lineup, a hand-selected exhibition of video games, virtual reality experiences and interactive installations. A MAZE. / Berlin is a unique and cultural investigating international platform for games and playful media that invites professionals and creatives from various fields to exchange their knowledge and visions, presenting their projects, playing, making contacts to collaborate on future projects. A MAZE. / Berlin represents games beyond the mainstream and celebrates the art-form and not the product.