This is a tabletop role-playing game jam the only requirements are that the games rules be not OSR or Storygames but instead called Spaghetti Theater. 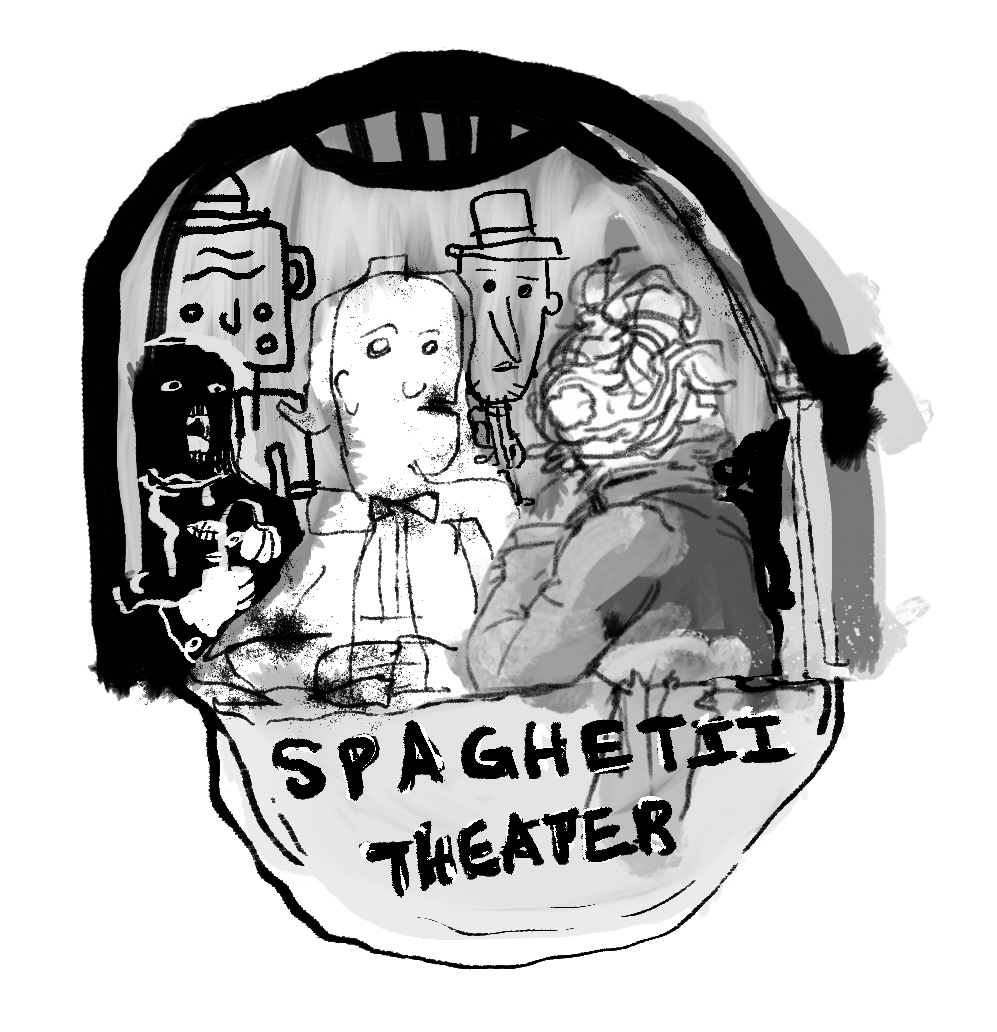 Examples of games that are Spaghetti Theater: none. But if there was they would be games about hating dice but written like the only option is to use dice despite this frustration, being angry at having to use words to describe games instead of exclusively pictures. It could be a video that is an example of play titled "Expected to Follow". These are games that purposely want to be more than a tag that is determined by others and yells at anyone who will listen that they are themselves. Sometimes the yelling turns to pleading. Voices asking to be recognized for who they are not who they are like. They are exclusively what they are.

When the Jam is over: write about submissions and what you learned from them. Write about making your own entry and what questions came up while writing and working on it.

Location: While this is a digital game jam, a location has been proposed for the future. If this place exists then the first meeting of Spaghetti Theater'ers will occur there. The only  location for Spaghetti Theater is an open field with plenty of shade, cool areas, warm areas, clean running water, straws, food options, flat walkways, smooth ramps, free food, benches and chairs of every stiffness and softness and heating options. There are also close by sleeping arrangements that are safe and secure. The bar and drinking are not required, but they exist and no one ever pressures anyone to drink. Every member does not have to pay to attend either for flight, food arrangements, traveling, and housing.

I EAT MANTRAS FOR BREAKFAST
$3.33
SCREAMFEAST
Maria Mison
powered by