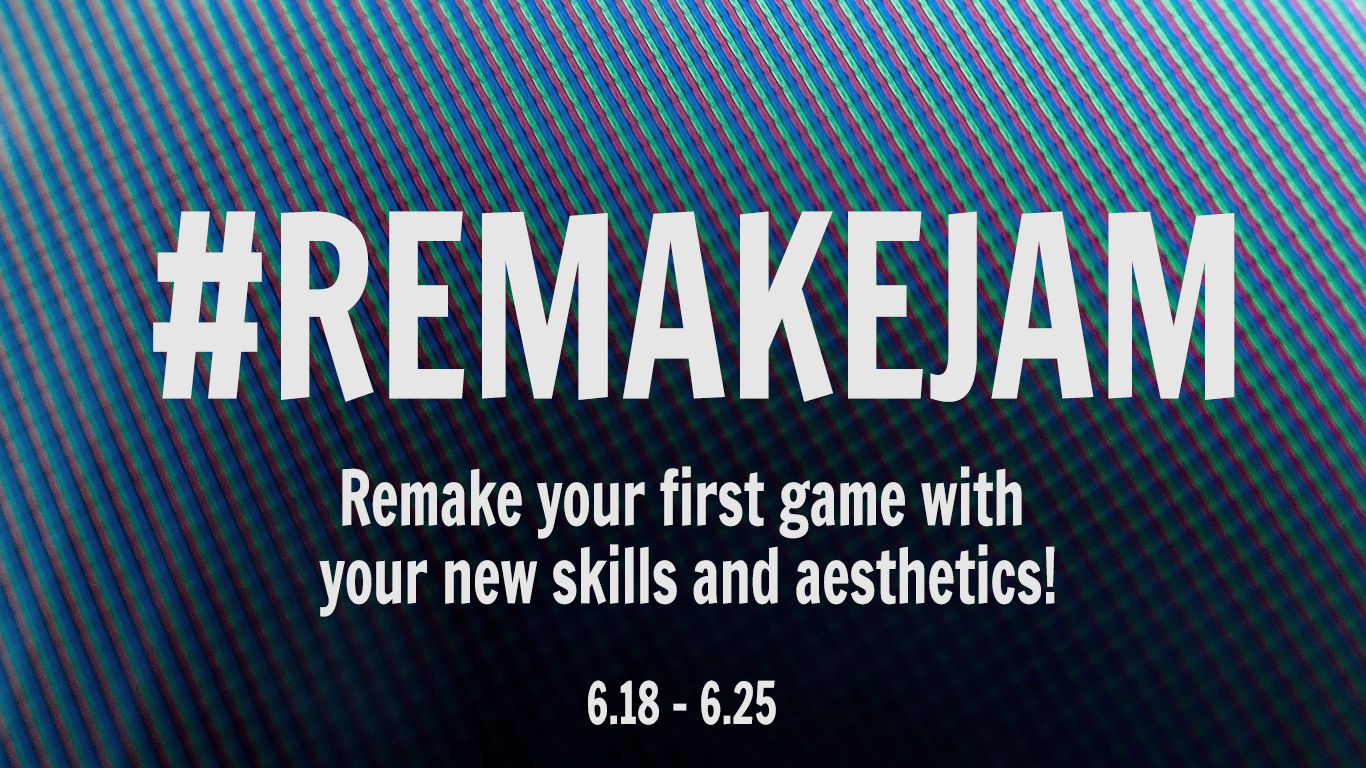 #RemakeJam is a game jam where you remake your very first game!

#RemakeJam invites participants to contextualize themselves and their current state as game-makers by recognizing their past work and how they've grown. Jammers shall use the duration of the game jam to remake the very first game they created, adapting them to use any new skills, aesthetics, or techniques they developed since they started. In doing so, we hope that jammers can be inspired by how they've grown and evolved as creatives.

Right now, there are few rules and guidelines for #RemakeJam

Take on an extra challenge! Thank you to @aquma for helping brainstorm these diversifiers!

Questions? Tweet me @thatkevinwong or check out the community tab!

Link up with other jammers on Discord.