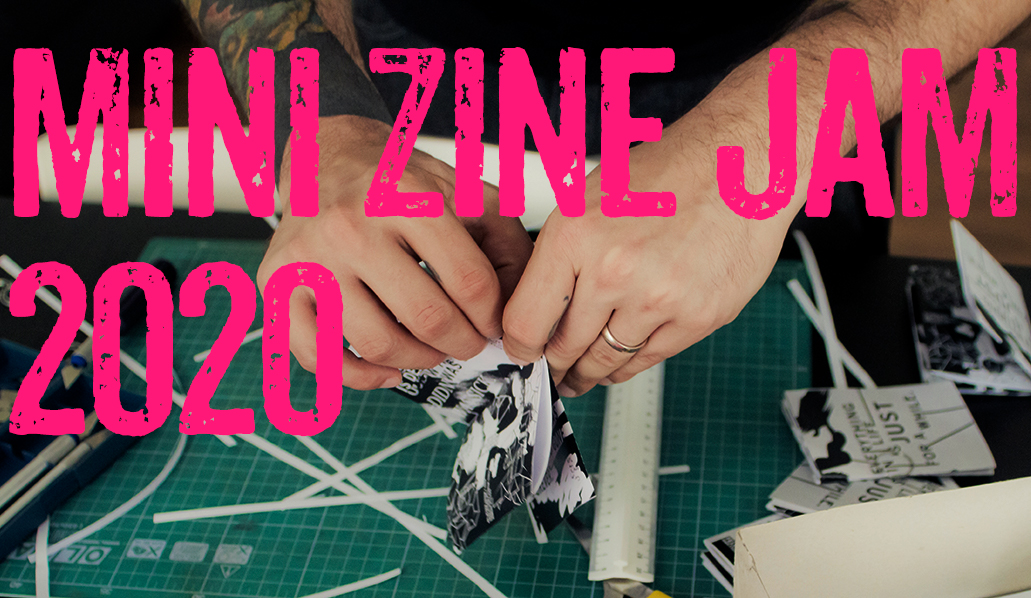 This is a game jam for making analog games, like tabletop RPGs, in the wonderful format of a mini zine!

Great! So what is a mini zine?
Basically, it's any kind of small booklet that is easy to print out and assemble at home and that you can easily carry around in your pocket or wallet. Most mini zine templates are based on a single sheet of paper that you can fold into a small booklet with 8 pages. However, there are lots of variants, and in this jam we love them all!

The rules
To participate in this jam, you should write a game that fits in some kind of mini zine.

When I say game, I mean it can be a new analog game such as an RPG, a card game or a board game or whatever. It can also be a hack built on an existing game, or an adventure, a collection of random tables, a dungeon, a playbook or pretty much anything game-related you can think of, as long as you don't infringe on someone else's intellectual property. And when I say mini-zine, well, see above.

Previously published games are allowed, as long as they are made as some sort of mini-zine. Multiple submissions are fine as well. If your game requires extraneous materials such as cards, a board, character sheets or something like that, they don't have to fit in the zine as well, but if the entire game is small and portable, you're doing it right!

Don't submit any racist, ableist, classist, homophobic, sexist or otherwise shitty material – I will remove submissions that fail this test, and I will not engage in debate about it.

If you want to, you can try to incorporate one or more of the optional themes in your game!

Optional themes – oooh, what are those?

It's just a semi-random list of themes you can use to kick-start your creativity if you're like me and work better under constraints. Feel free to interpret these as loosely as you want, and to pick none, one or several of them to try to incorporate in your game! Again, these are completely optional and submissions that don't use them are just as valid!

The themes for this year's edition of the jam are:
Darkness, Symphony, Water, Owls and Patterns