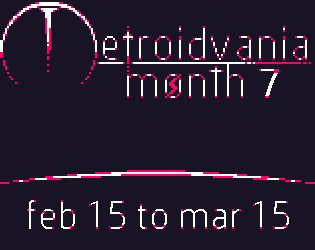 1. Assets should all be made during the jam period (except general purpose code, bases and low-poly models). You can use assets with a free licence or the ones you bought, just credit them when submitting your game.

Games will be rated on these criterias:

Note: Bugs won't be counted, but if a bug affects too widely one of the criteria (Ex: Gameplay, a bug causes you to not be able to get a key to continue in the game) then you'll get less points on that criteria.

For judging, submitters and contributors will have the right to rate the entries and choose their winner, the "Community Choice", by rating the games on the itch.io page. On my side, I will rate the games and decide my best, the "Host's choice". My rating is a bit different than the ones on itch. First, I am able to put 0 on a criteria. Second, games with external assets are judged differently. For example, all of the audio in a game was made by an external source. This criteria will be marked as "External" and won't be counted in the overall ranking. However, you get a penalty of -0,2 on your overall grade. If only a part of the assets used were made by an external source, than I will rate what you made and you won't get a penalty.

There aren't prizes. The jam is only there to awake your developer instinct to develop games. But you're proud of winning and you get a cool role on the Discord server.

Banner made by Zahran Worrell.