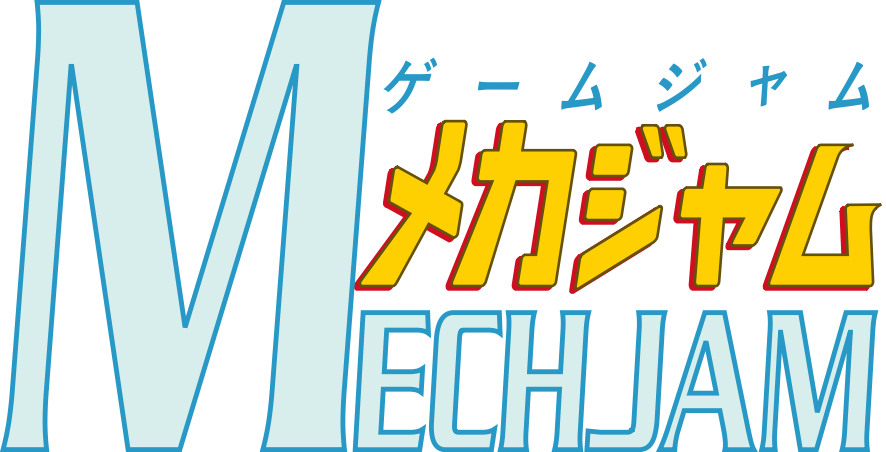 Make sure to join our Discord server if you have any questions or just want to join a community!

MechJam 2021 is a game jam for creating video games featuring or based around mechs or mecha. As Wikipedia puts it:

The term mecha (Japanese: メカ, Hepburn: meka) may refer to both scientific ideas and science fiction genres that center on giant robots or machines (mechs) controlled by people. Mechas are typically depicted as humanoid mobile robots. The term was first used in Japanese (meka) after shortening the English loanword mekanikaru (メカニカル, 'mechanical'), but the meaning in Japanese is more inclusive, and "robot" (robotto) or "giant robot" is the narrower term.

These machines vary greatly in size and shape, but are distinguished from vehicles by their humanoid or biomorphic appearance and size—bigger than a human. Different subgenres exist, with varying connotations of realism. The concept of Super Robot and Real Robot are two such examples found in Japanese anime and manga. The term may also refer to real world piloted humanoid or non-humanoid robotic platforms, either currently in existence or still on the drawing board (i.e. at the planning or design stage). Alternatively, in the original Japanese context of the word, "mecha" may refer to mobile machinery/vehicles (including aircraft) in general, manned or otherwise.

Your game can be any genre, if you want to make a mech platformer, mecha text-based adventure or a mech simulator go ahead. No genre is off limits. The only fundamental rule is you include a mech in your game.

- Make your game free so everyone can vote on it. You can charge for it after the voting period if you desire to do so.

- Make your project within the jam time.

- Be respectful and not overly offensive, if your game contains 18+ content please make a note of it on the game page.

- You can work in a team if you desire to do so.

- Any engine is allowed.

- Please do not submit any projects made outside of the jam.

- Assets not made yourself are allowed but please credit the original creator.