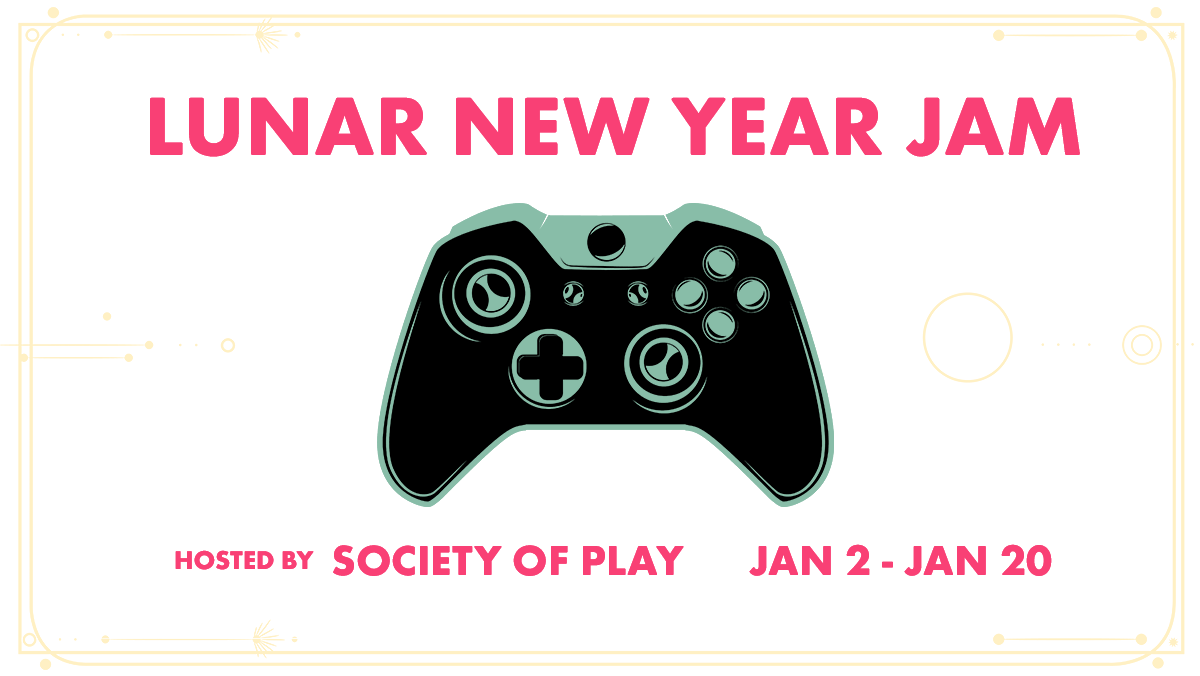 Make a game to mark the New Year!

The Lunar Jam celebrates starts with the New Year and concludes with a big party on the Lunar New Year!

The theme is Lunar 🌒

You can do a lot with that! Moons? It's also the Lunar New Year on the day of the wrap up event! Maybe something about the year of the Rat? No-matter what you come up with, have fun with it!

We're announcing the theme ahead of time, so you can think about it! BUT! Don't start until the jam starts.

We'll have a physical meeting to kick off the jam! If you can't make it, no worries! You can participate anyways.

To wrap up the jam we will be showing the games at the annual IGDA Winter Party!  Submit your game on or before this date!  The same day as the Lunar New Year!

The stars at night, are big and bright!
👏👏👏👏
Deep in the heart of Texas!

Dep Brothers!
Woah, that looks old...
CreeperPOWERgames
Platformer
Interlunar
Drive your tram along the interlunar cable and bring your passengers back home alive.
Delta Profundo
Action
Dodging Nukes!
Help Trump & Putin dodge the incoming nukes!
Super Games LLC
Action
Play in browser
Moonfall
The moon sings a song of heresy
vagrant ludology
The Moon Lady
A short slice-of-life based on an old Chinese myth.
Astral Autumn Games
Visual Novel
Escape the Moon
Escape the Moon is a 4-player, co-op, sci-fi themed, tile-based, survival, tabletop game.
Aegean
Lunar CyKILLS
Street Conference Studios
Play in browser
The Wolf Who Cried Man
A werewolf who must break his curse without taking a life.
S.E.G interactive
Adventure
Workning on The Moon
Make all you can out of this moon!
Fyodor Shchukin
Simulation
powered by