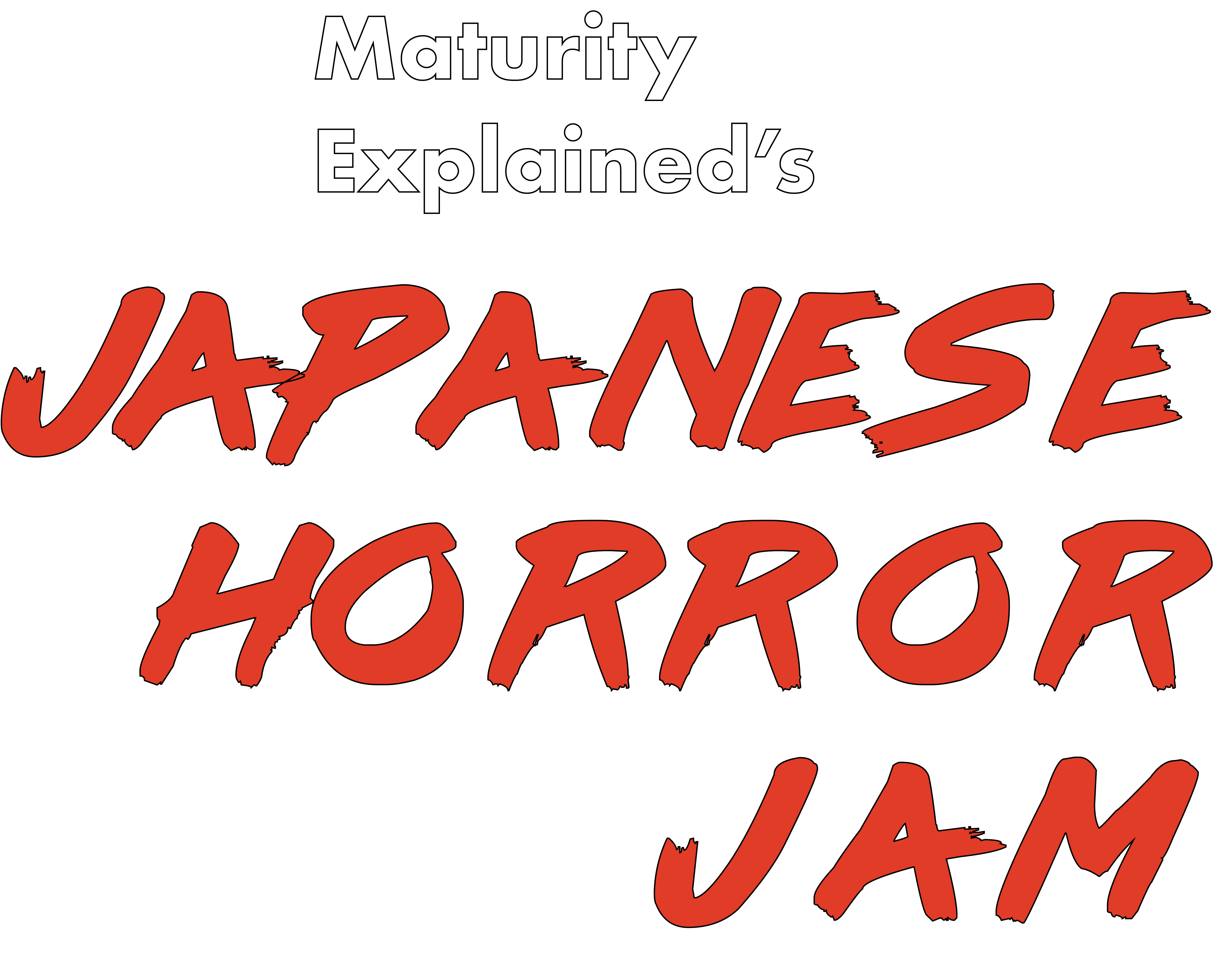 Japanese horror, or J-horror, is, as the name indicates, horror media produced in Japan. Compared to the (generally) more visceral Western horror, Eastern horror is often more psychological in nature, with focus on more intangible threats, either supernatural or, frequently in less-than-supernatural cases, on the horrors created by the mind.

Some of the first horror games came from Japan, and the aforementioned style shines through. Silent Hill, Clock Tower, Resident Evil, Corpse Party, and so many more pivotal survival horror games showcase a slow build in suspense and generally have a dark psychological element to them.

The works of mangaka Junji Ito are even more prime examples. Choose pretty much anything he's worked on and you're in for a horrific treat. Uzumaki, Tomie, Gyo, take your pick.

The goal of this jam is to design a game with clear influence from the Japanese horror genre.

The theme is entirely optional, and is meant to serve as a fun prompt. How you interpret it is entirely up to you.

There are three public categories:

There are no prizes, but if you join the Discord server all winners will get roles that indicate their win, so if that means anything to you, go wild.

Notable Films (for Inspiration or Entertainment)

This movie is perhaps one of the more disturbing horror films I've come across in my time, and quite possibly my favorite from Japan. Audition is one of those films where it's best if you go in blind. Don't look up anything about it, don't watch any trailers, just find it and watch it. It's really good, trust me. I just hope you have a strong stomach.

Like other items on this list, this one was well received enough to get an American remake, which has to say something about its quality. Dark Water follows a single mother as she experiences strange, seemingly supernatural occurrences in her dirty new apartment. While a tad slow to start, it's definitely a chilling watch that I'd happily recommend.

This flick shares its director, Takashi Miike, with Audition, but it stand as a VERY different film.Gozu is a surreal rollercoaster through the world of the Yakuza. It's weird, it's funny, and it's frightening. Watch it.

Quite possibly some of the most controversial horror films of all time, these are perhaps most well known for being subject to an investigation where the makers had to prove that nobody was actually hurt or murdered, partially thanks to Charlie Sheen mistaking them for snuff films (this really happened). The Guinea Pig film series is perhaps the most visually gruesome entry on this list, and is rife full of horrific imagery. I'm putting the whole series here instead of each individually because the series has no continuity and serves as more of an anthology, so you can watch them in whichever order you like, provided you can find them. Worth noting that several of these are just shameless gore flicks with little more than that, but they are infamous, and a J-horror list without them would feel a little naked, so here we are.

Does this one need much introduction? Even if you haven't seen it (or its more popular American remake) you are no doubt familiar. Ju-On: The Grudge is a non-linear horror film surrounding the haunting of a family. While it's certainly not perfect, it is just chilling enough to make you understand why it spawned a successful franchise. If you have the time, I'd also recommend checking out Katsumi and 4444444444, two short horror films that precede Ju-On in production and share a few traits and characters.

Also known in English as Attack of the Mushroom People, which gives it a bit of a B-movie feel, despite the film being anything but. Matango, directed by Gojira director Ishirō Honda, follows a group of people who sail into a storm and get stranded on an island filled with mushrooms. Despite the English title, much of the film is a psychological drama concerning how the characters respond to being stranded in the middle of nowhere.

This is definitely a weirder one, and its qualification as horror can certainly be debated, but as a companion piece to Suicide Club (which you should watch first) I feel it should be included. Noriko's Dinner Table is a prequel, sequel, and sidequel to the events of Suicide Club, but the plot rarely intersects directly, instead expanding on the same themes while following characters exclusive to this film. While I prefer its predecessor, I would still recommend this one. Just know that it's nearly three hours long before sitting down with it.

This is one of the few found-footage movies that I actually really like, and it's also notable in that it precedes the spike in such films resulting from Paranormal Activitiy. Noroi follows a paranormal investigator/documentary filmmaker as he discovers some chilling occurrences in a remote village. You may have heard of this one before if you've seen other J-horror recommendation lists, and I think its popularity is warranted.

This is one of my favorite animated films of all time, and it's also an excellent horror film, if you choose to consider it as such. Which I do. Perfect Blue follows a pop idol as she tries to move away from her group to have a successful solo career, but ends up having a serious identity crisis of sorts. Check it out even if you don't intend on submitting a game, it's just a great flick.

Yeah, you know what this is. Ring is the one with the cursed tape. You've probably seen the American version by now, but you should give this one a watch too. Or even read the book, if that's your bag. It's iconic, there's simply not much more to say of it.

Also known as Suicide Circle, this could be argued to be more thriller than horror, but it's weird as hell and frequently teeters into nightmare territory. Suicide Club follows the police investigation of a mysterious string of copycat suicides, slowly unraveling a bizarre series of revelations. It spawned a companion/prequel/midquel/sequel in the form of Noriko's Dinner Table, which is decidedly less horrific and much more blunt with explaining the overall weirdness, but, seeing as it already appeared on this list, it's safe to say I'd recommend it.

While the term "Lynchian" is very tired and cliche, I wouldn't feel too much shame applying it here, seeing as it is very evocative of the man's early work. Tetsuo: The Iron Man feels like the unholy Japanese dumpster baby of David Lynch and David Cronenberg. If that's not enough to pique your interest, it's only 77 minutes long, so you don't have much excuse not to at least check it out.

What is Maturity Explained, anyways?