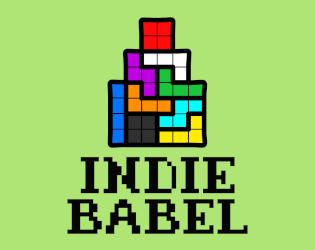 What is this jam about?

February 21st is International Mother Language Day. To celebrate this, we decided to make a game jam.

There will be no rankings, the point of this jam is to make the devs familiar with the translating process.

What is the theme?

In what language should I submit my game?

For the first part it should be in English, since it is the language of the jam, and it makes it easier to start the translations in the second part, but if your native isn't English, you can already include that one as well alongside the English.

Anyone and even their cats can enter.

What engine/programming language can I use?

You can use whatever you like, if it can create at least a Windows executable. Even better if you can provide a Linux/Mac/HTML5 version.

What assets can I use?

You can use any assets you have the legal right to use.

What is Indie Babel anyway?

There are many players out there whose native language is not English (yup, including me), yet the majority of indie games coming out only support English. It might be because the devs don't have the time/money/etc to make the translations or they don't even know how to start translating their games.

That's why I (sztrovacsek) decided to create Indie Babel. It started as a Discord server, where people can gather around and submit their games for translation and/or translate the other games, or just simply ask how to even get started with translations.

We are a very small community at the moment, with around 20 something people, but we hope it will increase after the jam. The whole thing is voluntary, so anyone can join to the server, regardless if they participate in the jam or not. If you have any more questions you can ask it on the server directly.