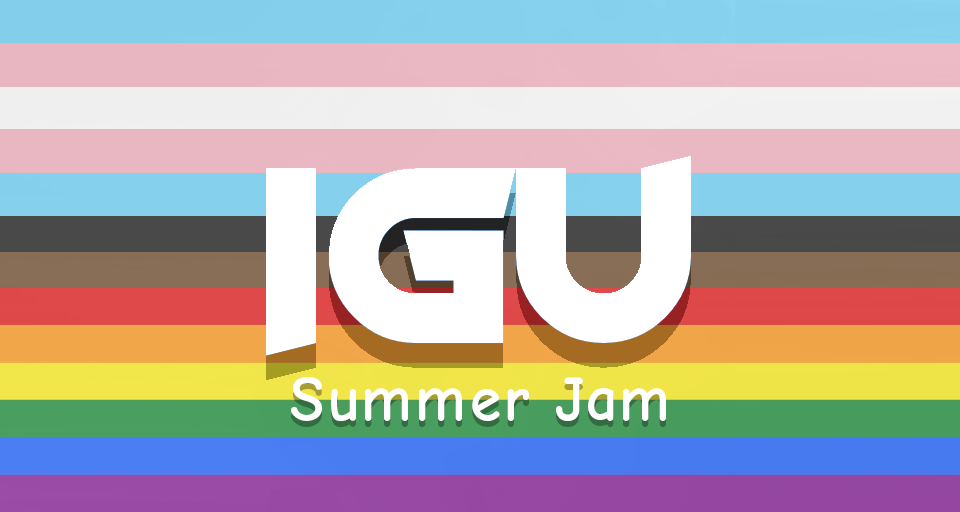 Welcome to the IGU Summer Jam!

The gimmick is that your color palette will be limited to the colors of a Pride flag of your choosing. (different shades are allowed as long as the colors can still be recognised as those from the flag that the participant picked)

Use the #IGUSummerJam hashtag on Twitter and we will retweet your stuff.

To join, first join the Discord server, if you're not already a server member. After joining, you can start working on your submission on your own or find people in the server to form a team.

The five criteria that the game will be rated on:

After the jam is over, all participants retain ownership of their work. Feel free to keep working on your game after the jam is over. By signing up, you are giving Indie Hive permission to cover your submission and use visual material (incl. but not limited to: videos, gifs and screenshots) that you have shared as part of their coverage, but you will retain ownership of all that visual material.