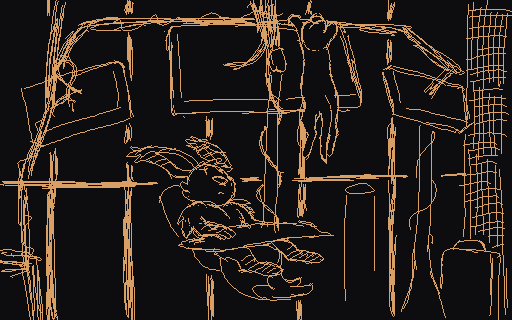 It's that time of year again.  Cold, dark clouds are gathering overhead.  The spectre of video games is looming.

Not just video games, either, but fast video games.  There's no reason to watch someone play through the entirety of Wind Waker in only three hours, but I know I'm going to end up doing it anyway.

If you're like me and have already resigned yourself to spending a solid 168 consecutive hours staring motionless at a Twitch stream, then this is your ray of hope.  Why not spend that time also making a video game?  At least, like, during setup time.

Make a video game during AGDQ!  You have from the moment it starts until 24 hours after it ends, according to the final state of the GDQ schedule.  (It gets updated over the course of the week, and always ends up running late by a few hours.)

How to making video games