Has this ever happened to you?

"Ah," you say, in black and white for some reason.  "It's time to watch Games Done Quick.  But only for, like, five minutes."

"Oh, fiddlesticks!" you exclaim as you pour popcorn all over yourself.  "It's been five days, and I haven't done anything else!  If only there were a better way!"

Make a video game during SGDQ!  You have from the moment it starts until 24 hours after it ends, according to the GDQ schedule.  (If it runs late, which it absolutely will, I'll update the end time.)

No judging, no rules, no pressure.  Start a new thing from scratch, work on an existing thing, mod someone else's thing, take a thing off the backburner, or just goof off with an engine you've never used before.  Work alone, work with a friend, work with a lot of friends, work with an entire game studio.

Q: Is there a theme?
A: No.  But if you're at a loss for ideas, I heartily encourage something ironically appropriate, like "difficult to speedrun" or "takes longer to beat than it took to make" or "save the animals".  Or try this theme generator!

Q: Prepriculous.  I know nothing of the craft of video game making.
A: You fool.  You utter buffoon.  Anyone can video game make.

Here are some things that are relatively quick and easy to get into and also don't require a lot of art investment:

There are plenty more depending on what you're after; maybe ask in the Discord?

And if you do want some art, might I suggest using my crowdsourced potluck tileset, which I promised to make a game with and then never got around to?  You could succeed where I failed! 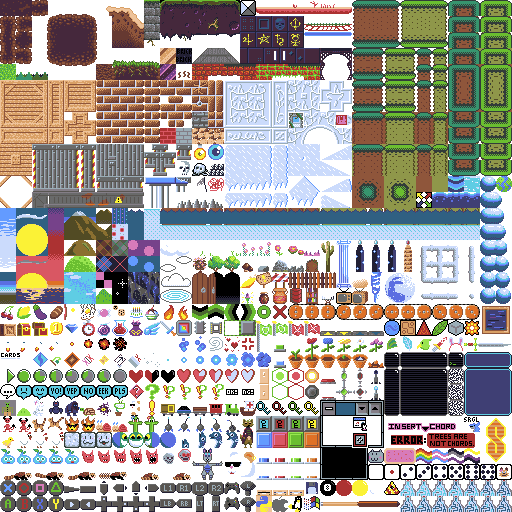