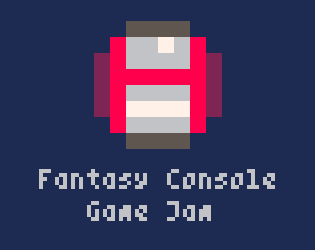 Pick your best fantasy console and make a game in one week!

Fantasy Consoles?! What the heck is that?!

Fantasy consoles are, broadly speaking, game consoles that don't actually exist. The definition is a bit lax, as people are never able to agree on a precise definition, so here are some generally shared characteristics of a fantasy console:

Join the Discord Server if you haven't already. Please share your progress there in #game-jams,  on Mastodon or Twitter using the hashtag #FCJAM5, start a thread in the community section here, do whatever! Community engagement isn't strictly required, but it's highly recommended (especially if you want to get people excited about your game before you submit it!)

Good luck, and above all, have fun!