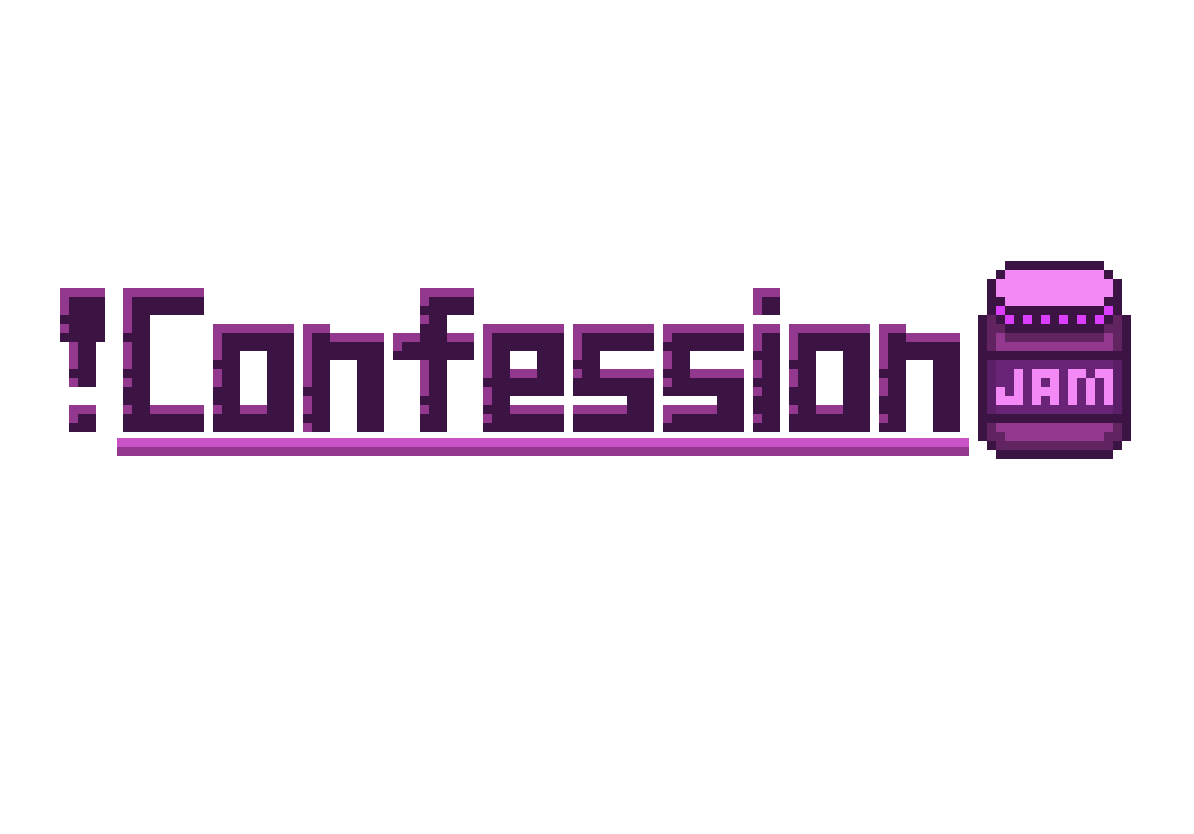 Be ready to confess whatever it is that you have to confess dear jammers! Don't bottle it up. It's time to confess!

What is Confession Jam?

It's basically a ranked 2-week game jam with  2 themes. The main theme being "confession"! The secondary theme is chosen by me and is given immediately. It starts the month after every Bored Pixels Jam (So February, May, August, and November). Confession Jam was created due to a sudden impulse of mine to make another game jam so I could stay productive after BPJ. It was also created because I had the urge to confess something so much that I wanted to make a game about it.

What are the things I should know about before joining?

Are there any prizes?

Sadly, all I can give you is the validation from a title and a Discord role once you win overall. BUT!! There is also the satisfaction of finishing a game in a limited time frame plus you get to interact with other people too and enjoy their games :D

Be sure to check out the Discord Server!

confessious thoughts
nen_kaii
Visual Novel
Play in browser
GIF
spoliarium
i need to confess to him already
barrels
Interactive Fiction
Play in browser
PERPSCANNER
Scan for perps with the latest in crime-finding technologies.​
Bird>beak
Play in browser
A Date With Taylor Swift
go on a date with Taylor Swift... a date for writing new song lyrics that is...
aljp
Visual Novel
Oscar's Love Journey
Go on a journey and find a present to your crush, but you can die in the process
Oskar
Adventure
powered by