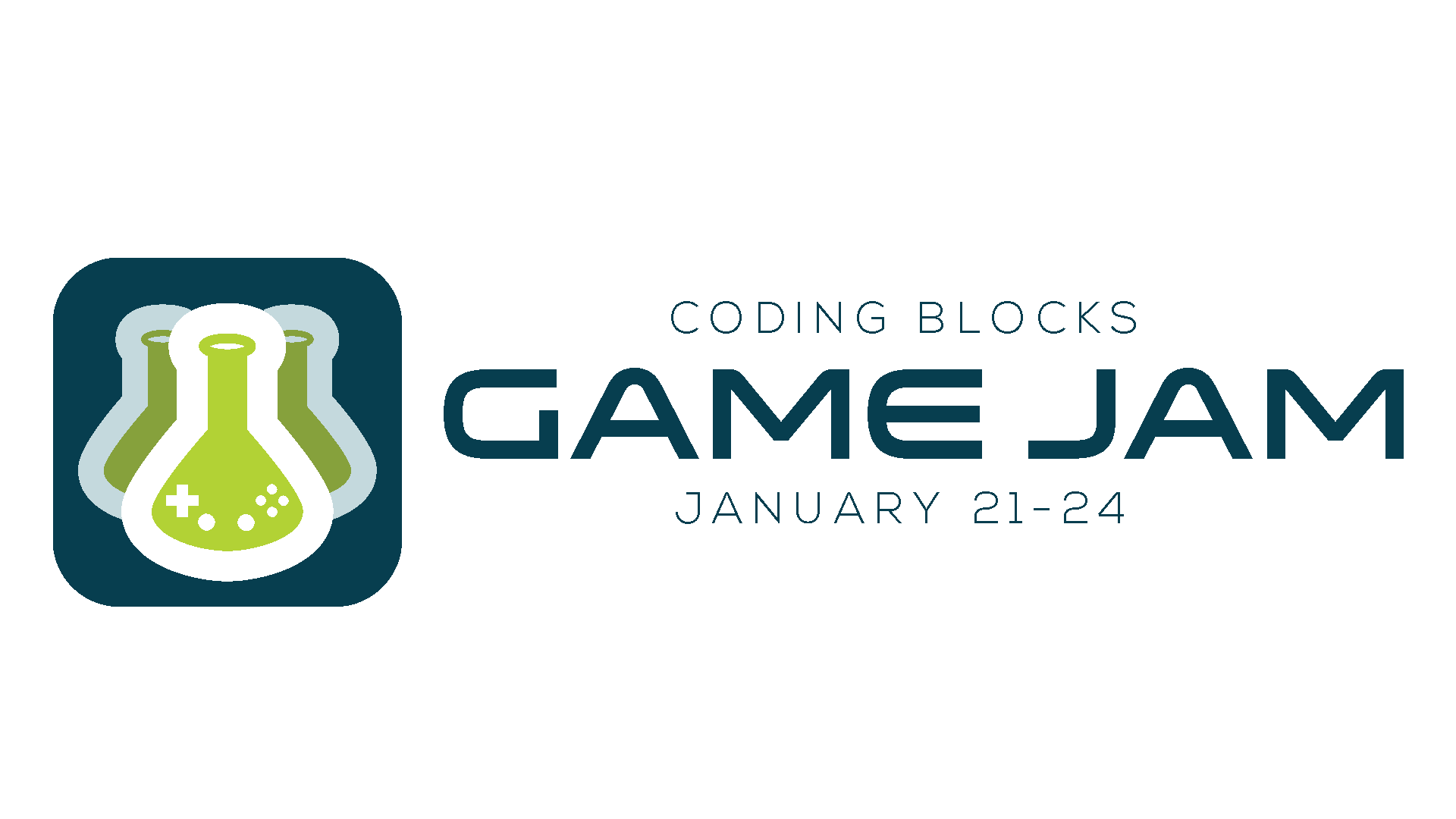 We are developers, we can make games. Why aren't we making more games?

The Coding Blocks Game Jam is a light-hearted jam with an emphasis on learning something new, sharing, and having fun.

It doesn't matter if you are a Carmack-ian super l33t game-dev demi-god or if this will be your first time intentionally coding an infinite loop, there is always something new to learn so hop on in and try something new.

You, you can enter! Also, if you want to join as part of a team - that's fine too! The spirit of this "competition" is to learn, try new things, have fun and share and we think that joining as part of a team is a great way to do that. We don't have a good way for teams to sign-up as a single unit, so just submit the game under one registration and make sure to credit everybody.

We did a couple rounds of voting and now we are down to one of the following 5 themes which will be chosen at random and announced when the Game Jam begins:

What assets can I use?

You can use whatever assets you have the rights too, but programmer art is highly encouraged because it's awesome.

We encourage browser-based technologies for security reasons, but this jam is about you learning something new and having fun, so do what makes sense for you. Just know that most people won't play your game unless it runs in a browser.

Here is a list (thanks Wil!) of engines that can export for a browser:

Most major languages also have ways to compile down to web assembly, here are a couple suggestions if you want to try going that route but beware - you can end up spending a lot of time going down this rabbit hole instead of working on your game:

What are the judging criteria?

We have a #game-dev-wannabe channel in slack, go join!

Don't be a creepy jerk, read the code of conduct