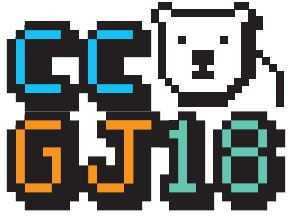 Help us communicate the complexities of climate change by making small awesome games and let us help you turn those small games into bigger games.

Climate Jam 2018 is a game jam focused on making games which teach people about climate change.  It will run for the whole of July and at the end we would like to help the best teams make their games into something bigger by helping them apply for a science communication grant.

The rules are pretty relaxed.  There is only one requirement, you must pick a concept in climate change for your game to communicate.  We have prepared this information pack which explains the following concepts, at least one of which your game must communicate...

(1) What is Climate? (2) Global warming doesn't mean it's getting warmer everywhere, and (3) I can make a difference.

The game jam will have public voting and the top ranked games will be shown to a panel of judges including climate scientists, game designers and science communicators.  We will then pick the best games and work with the teams who made those games to find funding routes to making those games bigger!

Be part of our research and be eligible for a free prize draw!

If you wish to participate head over to this link before you start making your game.

There will be two criteria that anyone can vote on and one criteria just climate scientists vote on.

The two criteria everyone votes on are (1) Gameplay/Fun and (2) Educational Value.

The criteria climate scientists vote on is (3) Scientific Accuracy.

We are a group of scientists from Wales and we are really quite worried about the way people talk about climate change.

There are a lot of misunderstandings which people in positions of power use to convince people climate science is just scaremongering. Partly that's our own fault, scientists generally aren't great communicators (notice how I'm centering this text and using brackets unnecessarily).