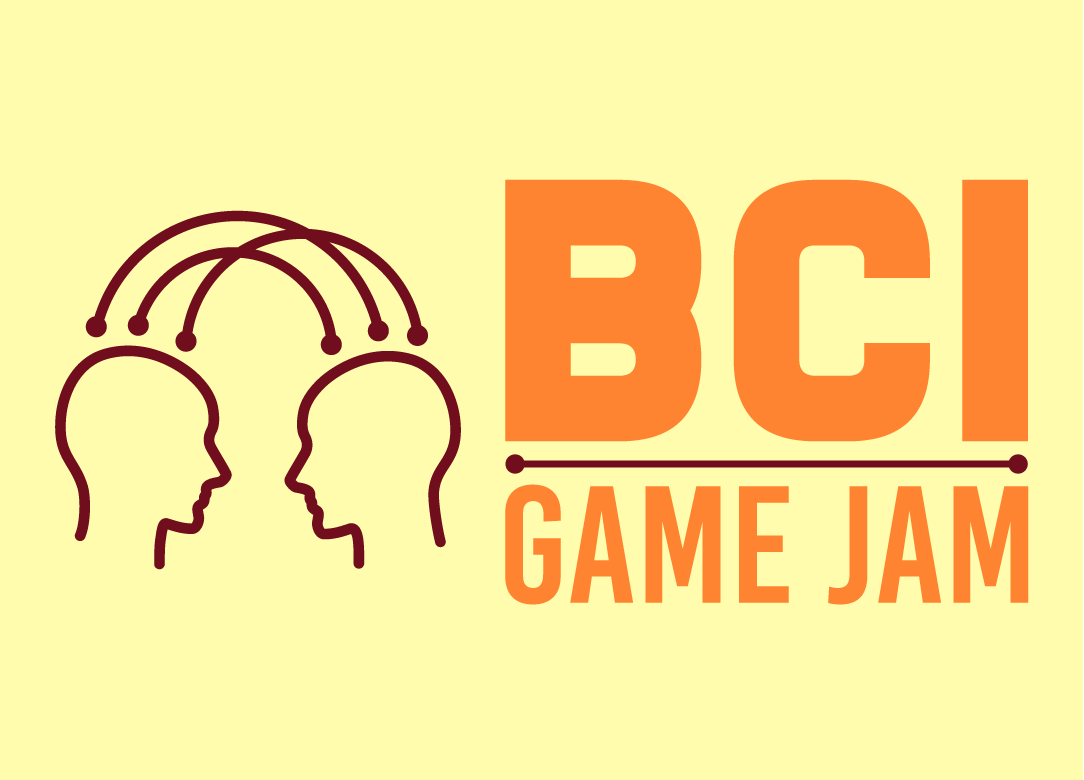 Thank you from the BCI Game Jam Team!

Thank you for participating in the BCI Game Jam 2019! We are happy to help put (and accept) submissions onto the itch.io page - just send us a message on here or on our Discord channel. We will also gladly keep working with you throughout the next couple weeks/months to make sure your game is in tip-top shape for the kids to play!

Keep an eye on this page and our Discord for an upcoming special event as the judging roles out...

Thanks again for the great time this weekend and remember - Get your head in the game!

As requested, the back-end resources for MATLAB and LabStreamingLayer for the P300 Unity tool used in the BCI Game Jam 2019 have been included in our github repository. Please see the README manual inside the .zip folder for detailed instructions on how to set-up and utilize this repository!

Live stream is available for our different activities! Look for us on YouTube under Neural Matrix Entertainment!

Hey all - The wonderful Music by Jasper George has donated a bunch of free-to-use songs, music types and loops exclusively for participants in this jam! Check them out here, and be sure to visit his website to learn more about his music and tell him thanks for the kind support!

The P300 Unity Tool is now available to download! Download it, test it, break it and send us feedback letting us know what is working and what isn't. This is just our first version, so please be patient as bugs are likely going to happen. Be sure to take a moment to look at the associated README too!

Check out our introduction videos now available for more information on the jam! These include learning more about BCI, a brief  overview of the P300, and a more detailed  look at the BCI Game Jam and its goals!

We want to know more about you! Take our survey to help us learn all about the awesome participants in this jam!

Don't forget to join us on Discord for discussions throughout the weekend!

Goal of the jam:

This game jam is motivated by the hundreds of children who, until recently, may never have been able to play a video game before. As BCI technology grows and matures it will continue to enhance the lives of children (and adults) who have lost significant motor functions. This game jam aims to push the available experiences offered by BCI to new levels for these individuals. We all cannot wait to enjoy the wide variety of gaming experiences you will create!

Accessibility in gaming. In particular- integrating BCI as a control scheme for games. We want this game jam to highlight the importance of considering accessible game design and game play for all players.

Our present to you:

To help out in making your games BCI-compatible (and so that we aren't adapting/implementing 100s of different approaches) we are providing a Unity asset which exploits the P300 BCI control scheme (see the FAQ below) to all of those participating in the game jam! The tool includes all of the back-end worry taken care of, so you don't have to worry about how Unity will communicate with the BCI system. (We've taken care of that- thanks Shaheed!). All that is required is to include a few components in the game scene and it should be good-to-go. This has been distributed! Take it, break it, and send us all your questions!

If you'd prefer to use another engine - no worries! We don't want to limit your creativity, and instead request that you design your game such that it can be played with a single button input (preferably a key input).

Check Out These Other BCI Activities!

We want to thank the various groups, partners and companies who are helping make the BCI Game Jam happen!

Thank you to the children, parents and families who continue to give their time, energy and input to make events like the BCI Game Jam possible and worthwhile.

Also, thank you to our wonderful sponsors and partners: