ARTE is a public broadcaster focusing on European culture with already 12 years history in interactive production.

Since 2017 ARTE has indorsed the position of a publisher on the international market with a presence in the world's biggest festivals. ARTE has become a reference in the independant video games scene 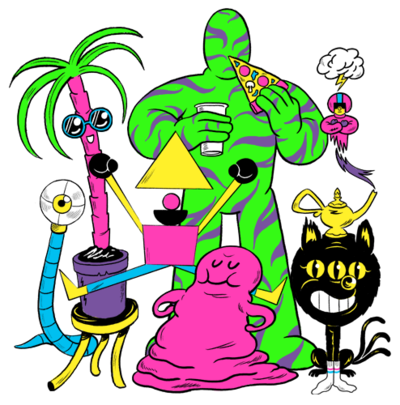 The idea is to shine a light on video games – and create a few of them together. The goal is to start conversations, pool skills, learn new ones, meet people and weave a European web of creators, writers, game designers and developers.

It will be an adventure – and pioneering. It will be all about blending expertise through fair, positive teamwork. And it will be exactly what ARTE stands for: fostering creation, supporting it and sharing it with a wide audience.

Besides being the European cultural TV channel, ARTE is a digital network revolving around creation and innovation. ARTE has coproduced and published several interactive experiences and video games including Type:Rider, Homo Machina, The Wanderer: Frankenstein’s Creature and Vectronom. Our catalogue of productions showcases our distinctive aesthetic and narrative slant, and will thrill indie-game enthusiasts as much as anyone else.