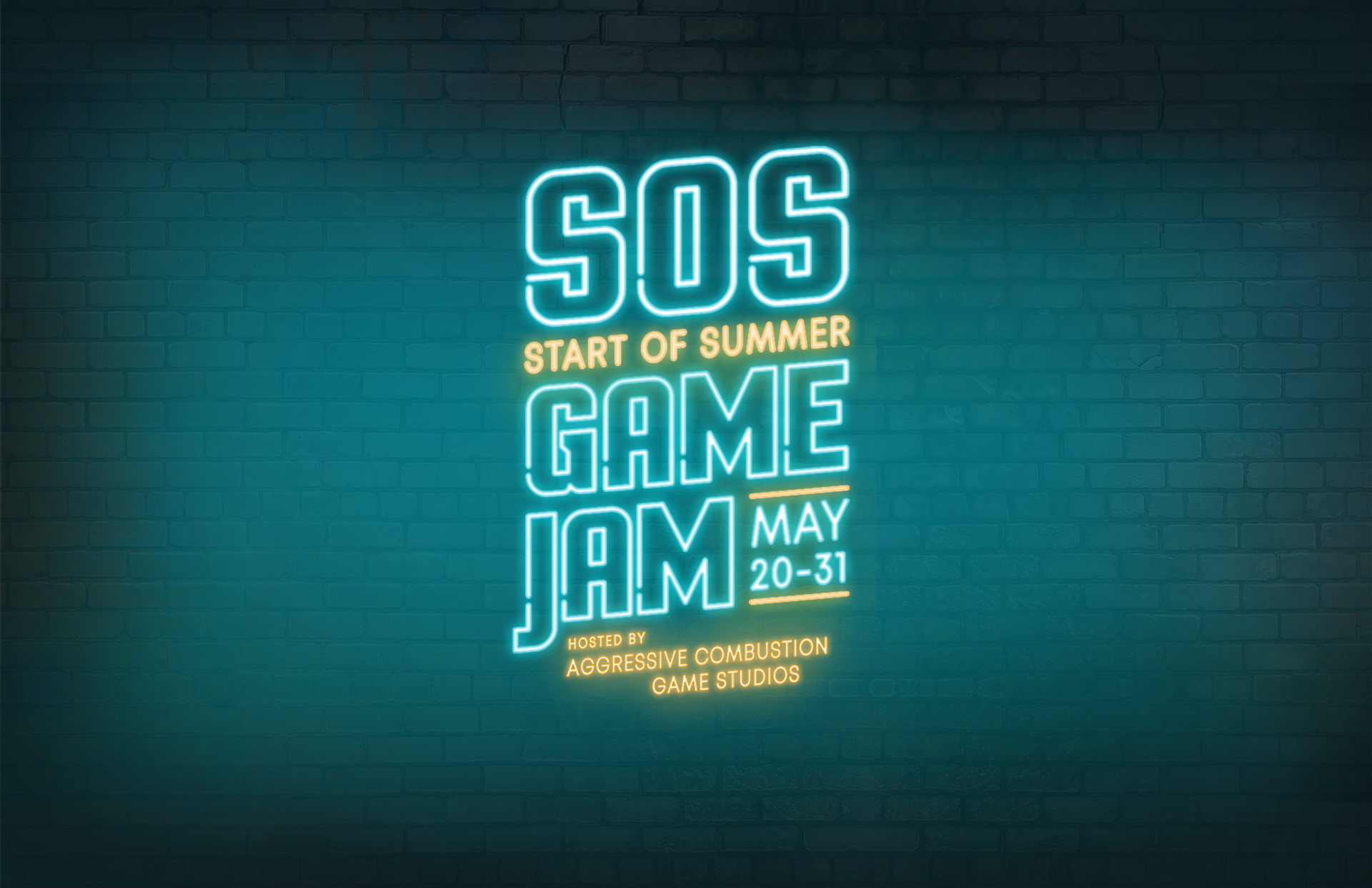 During the first-ever Aggressive Combustion Start of Summer (S.O.S.) game jam, we're encouraging students and others that can't normally participate in jams - due to the timing and/or crunch involved - to make a thing over the course of 12(ish) days.

We're hoping that if you're a student, this period falls between semesters for you; if you're not a student, then hopefully the amount of time is more appealing than crunching during a single weekend. We want this to be a jam that anyone can participate in.

That's it! We want to keep things pretty casual for this jam; we just want people to focus on trying to make cool stuff. Following the conclusion of the jam, we'll be streaming as many of the games as possible on our Twitch channel (and we may post a video on YouTube).

Rogues and Roleplayers will be streaming jam games on their Twitch channel as well!

You can contact us through Twitter, or email. We also have a Discord Server full of game developers and other awesome people. If you would like to stream games following the jam, or want to stream development of your entry, let us know and we'll add you here.

Good luck everyone, we can't wait to see what you make :)