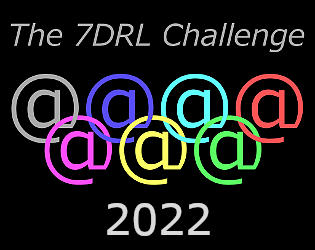 Create a complete roguelike game in 7 days, in the 18th Annual 7DRL Challenge!

In 2005, the roguelike community established a yearly event, the 7DRL Challenge, in which developers are challenged to create a roguelike in seven days. This allows one to have the shared misery of knowing you are not the only one rushing to patch game-breaking bugs at the 167th hour. The annual event occurs during a week in early March.

The 7DRL Challenge has special rules regarding timing, so the normal itch.io counter is not accurate.

Up to 2022, there had been seventeen annual 7DRL challenges.