RPG in a Box

Vloxelworld- The first game made in RPG in a Box

Vloxelworld is a First person RPG game, with graphics of voxels. This game is the first to be developed by the motor RPG in a Box. You can download the alpha on this link: https://ofihombre.itch.io/vloxelworld

Thanks for sharing, Ofihombre! I am looking forward to seeing more of Vloxelworld in the future. :)

And I wait you keep making important updates in RPG in a Box so that I can continue with the project. Thanks for you advice.

After a year of absence from the previous version, Vloxelworld is now return to loaded with a good variety of updates on the alpha v0.6 following in this list:

- Is also available in Mac & Linux

- Fixed the problem of the battles, and now they work well (most times).

- You can rotate the camera with the right mouse button

- You can save & load the game

You can dowload the alpha of this link: https://ofihombre.itch.io/vloxelworld

Hi Ofihombre, thanks for sharing about your Vloxelworld update! I played through some of the dungeon earlier, it's looking great so far. I especially liked the bats. :)

Now that I'm making progress on some features like menus and dialogue improvements, I should be able to finally start focusing on combat in the near future.

Where did you download Vloxelworld alpha v0.6 to play? In IndieDB or in itch.io? Because in itch.io nobody came to download that update. In addition, posting free games on indie pages is equal to absolute failure in 99% of cases, no matter if the game is good or bad, or how much work you have devoted.

If you don't believe me, I leave you a link of a game that suffers from these conditions, in such a point that you won't even be interested in wanting to download or play: https://ofihombre.itch.io/damiux-ferrer-dream

For that reason, I think you should make a video of RPG in a Box that announces the games made in the engine, including Vloxelworld.

I downloaded it from IndieDB. Yesterday I posted on Twitter specifically about Vloxelworld, so hopefully that helped a little. It's hard to know how many people you will reach on a given day, it seems like sometimes a lot and other days pretty much none.

The video is a good suggestion and something I will consider to help spread the word about games made with RPG in a Box.

Thank you, I just saw the tweet you put to the game on itch.io. And with the promo video, don't forget to include me with Vloxelworld ;)

You're welcome! I will not forget to include you. :)

Of course I'm welcome, because I was one of the first to develop a game made in RPG in a Box.

The Pre-Beta v0.7 of Vloxelworld is now available:

After a two years of absence from the previous version (alpha v0.6), Vloxelworld is now again return to loaded with another variety of updates on the pre-beta v0.7: 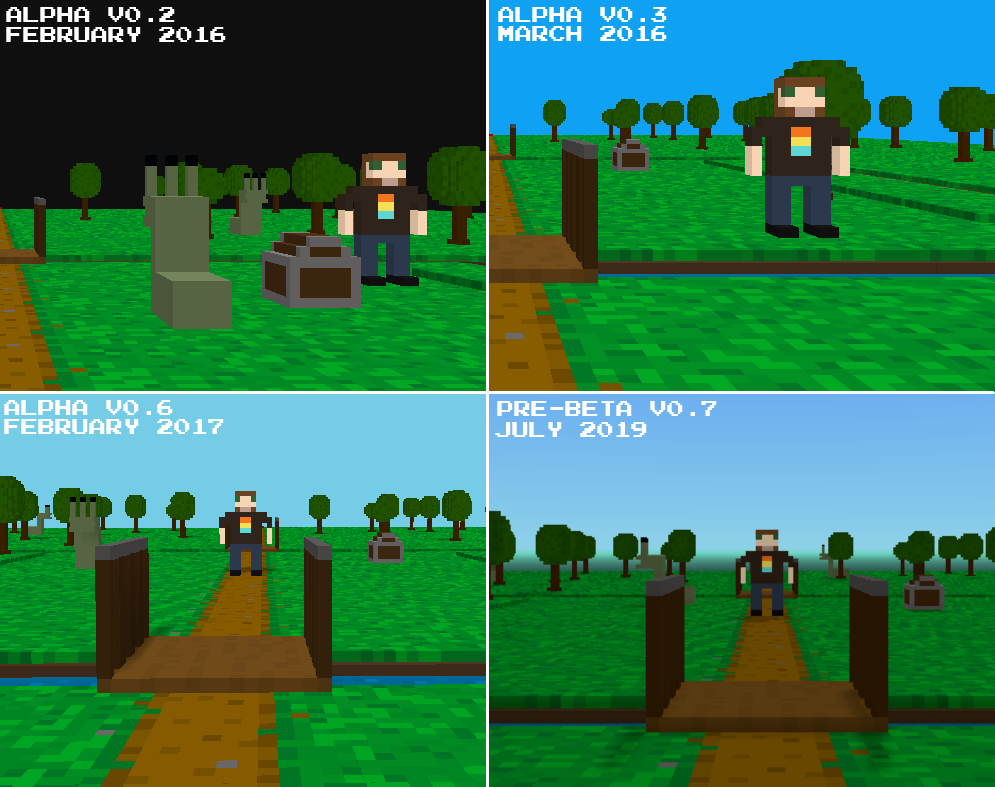 Since its start in alpha v0.2, Vloxelworld has been updating graphics as its development engine (RPG in a Box) was updated over time.

Translation on other languages (only dialogues):

In the options of main menu/pause menu, you can change the language of the dialogues, how to change it to Spanish for example. Possibly in future updates, it will translate to more game modes and languages. 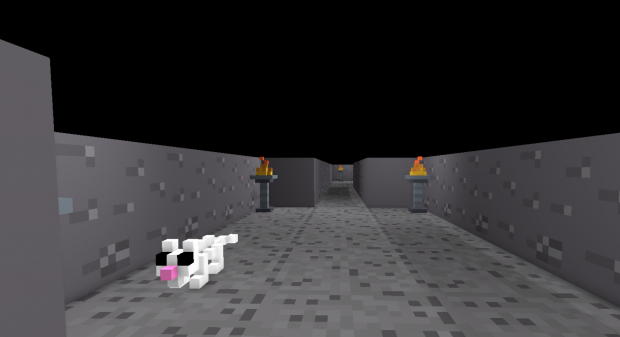 The Bitboss Dungeon is a map which is found after leaving Bitrock Dungeon in the Dungeon Passage, you will find with the enemies shown below: 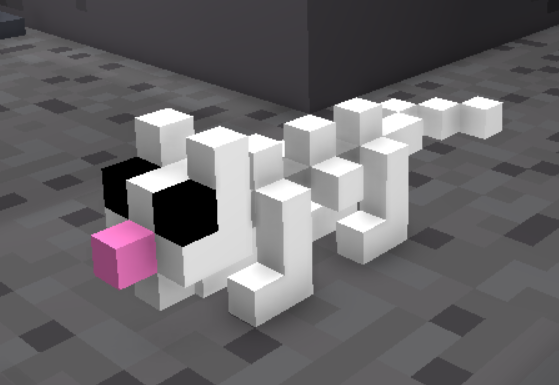 The Skelerat, the undead skeleton of rat. 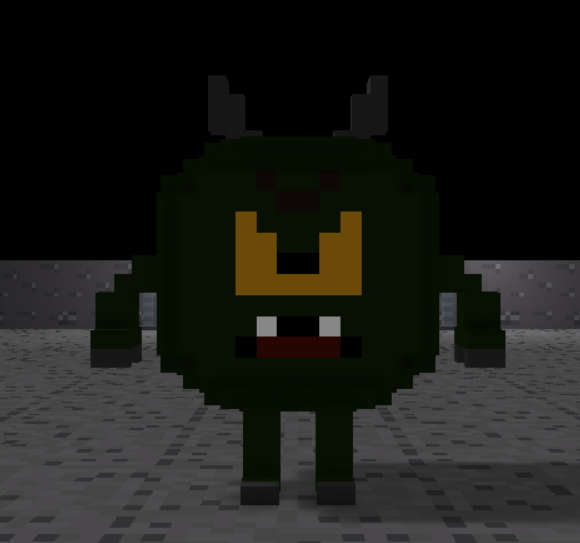 Ghoulball, the first boss added in the game.

- The Skybox is changed & the shaders are improved.

- The Battle systems are improved.

- The items are now usable (for example, the Heal potion to press right button of the mouse, restore HP).