Let Nature Flow from your Brush · By

When i initially launched FlowScape i had a few people asking if they would get a free steam key if they bought it here on itch. I naively answered yes not thinking much about it. Now that it is on steam i have reached out to valve and asked what is their policy on steam key distribution. Their reply is below.

When i asked about getting a large amount of keys, i was referred a link to their Steam Key guidelines, which states that "under 500 key requests is reasonable, any more would require special approval." Which i doubt i would get as the closest guideline to my situation was giving keys to crowdfunding backers, but clearly this is not what itch users are.

So that leaves me in a bit of predicament as i don't want to raise the price on itch, because if i am on a storefront that charges me less, i want to pass that savings onto the consumer instead of pocketing the difference. I feel like the backlash against devs getting million of dollars from Epic for exclusive distribution rights on their store would play out differently if they priced their game cheaper to take in account the less cut they have to give to Epic. After all, if your local store told you that they found a way to provide their product to you for 20% cheaper but still charge you the same amount, you wouldn't exactly be shouting from the rooftops.

So here is what i'm going to do, from this post onward, i will no longer be offering steam keys with itch purchases so that i dont break any TOS with valve, but still can pass the savings from here onto you. If you bought it before this post, i will honor what i said and you can request a key by mailing me here with a proof of purchase.

Keep in mind that i have 8k itch users, so if all of you want a steam key, i may take a while getting to your email, and i will be getting keys from steam in small batches. If you really want to support development, and i know many of you do by the amount of extra you guys have paid, i would be very grateful if you buy it on steam, as every sale goes back into making this game even better.

The Itch version will continue to get updated and you can even add your itch games to steam if you prefer a single games launcher.

I have some awesome ideas in the pipeline and cant wait to see where FlowScape goes from here. A big thank you to everyone who supported the product from the beginning, and letting me work on something that has given me great pleasure.

You are all Awesome!

I support this! I bought the programm 5 days ago here and bought another version on steam yesterday!! YOU GO DEV I wish you good luck!

Please do not give me a steam key, if I want it on Steam I will buy it again because I love this program and I don't mind! 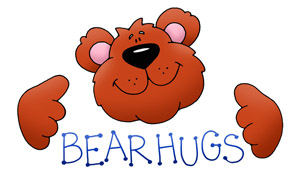 I really appreciate the honest answers.  I originally came back to the site looking for a way to request a steam key, but I think I'll just stick to buying a second copy in steam - at this point I would much rather support you instead.

You bring up an excellent point about adding the game to steam via the single games launcher & I think this is more than fair considering it's pretty much entirely out of your control.

Honestly, if you wanted to make it less work for yourself you could have just raised the price on itch to match steam/only allow people to purchase via steam. However, you are acting purely out of  generosity by allowing the price to currently remain the same for those who want to purchase it here instead.  I think this shows that you are dedicated to the product and I am happy to double down on the investment since I feel confident you have your heart in the right place.

Appreciate that and thanks for understanding.

okay so i don't know what's the deal but the game is only 4.5 bucks on my steam (Turkish store).

Came here for the same reason, going again with the same reason. Sadly i don´t have the money to purchase a second copy but i´ll stick with the one i have, as there may be people who are more in need for the keys as i am  (as it is just a question of comfort).

You have been so great, listening to the feedback and providing the features which the (D&D) community requested. Bought it a second time!

I think if you add more features later, a price hike is perfectly valid. Put me in the "charging more is fine" category.

Fun fact: for me, FlowScape on Steam is only marginally more expensive - itch.io charged me 12,30 USD due to added VAT (which on Steam is already calculated in the price, as required by EU laws) while the Steam price for me is ~13,80 USD. Also due to regional pricing, there are lots of regions (more than half actually) where it is significantly cheaper on Steam than here (the lowest is ~3,27 USD in Argentina). So Valve's reasoning for not allowing you to sell the game cheaper elsewhere is "a bit" flawed in that respect but that's nothing new. ;-)

I have a couple questions about this and Steam version of FlowScape, my first question is why is there not a Linux version of FS on Steam store ? ........and lastly I would like to know what proof of receipt would we need to get a steam key ?

Thank you for a wonderfully creative and fun application that is easy to use to create such fun and interesting art work, please keep the updates coming :o)

I have a few people that have issues with the Linux version. Just want to get everything working before going to a less forgiving audience..

As for proof. Anything so long as it tells me you bought it.

Bought again on steam, keep up with your amazing work!

The only real reason I was considering getting a Steam key was for automatic updating, since I bought it for my wife and didn't want to have to keep downloading the updated versions for her.  Do you plan on having an update system integrated into Flowscape at some point?

If you use the itch app it automatically updates

when was a while ago? i sent a bunch out less than a week ago

is it possible to have a steam key?Thanks