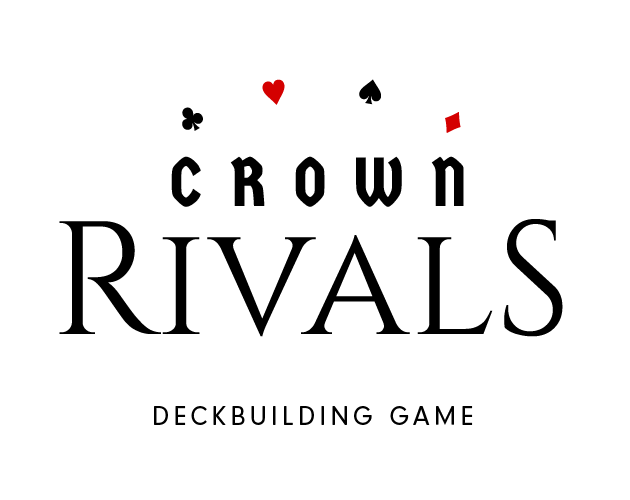 Crown Rivals is a 2-player competitive deckbuilding game of palace intrigue. As rivals for the Crown, players work to raise their influence while lowering the influence of their opponent, to place their chosen monarch on the throne.

Build a new deck with each game; buy better cards as you go to coordinate huge combos.

Use Hearts will raise your own Influence.

Play Spades to stir up the masses and cause distractions for your opponent to deal with.

Equip Diamonds to upgrade your other cards.

Don't forget to buy high-value cards, so you can eventually get your hands on the game-changing King or Queen cards! 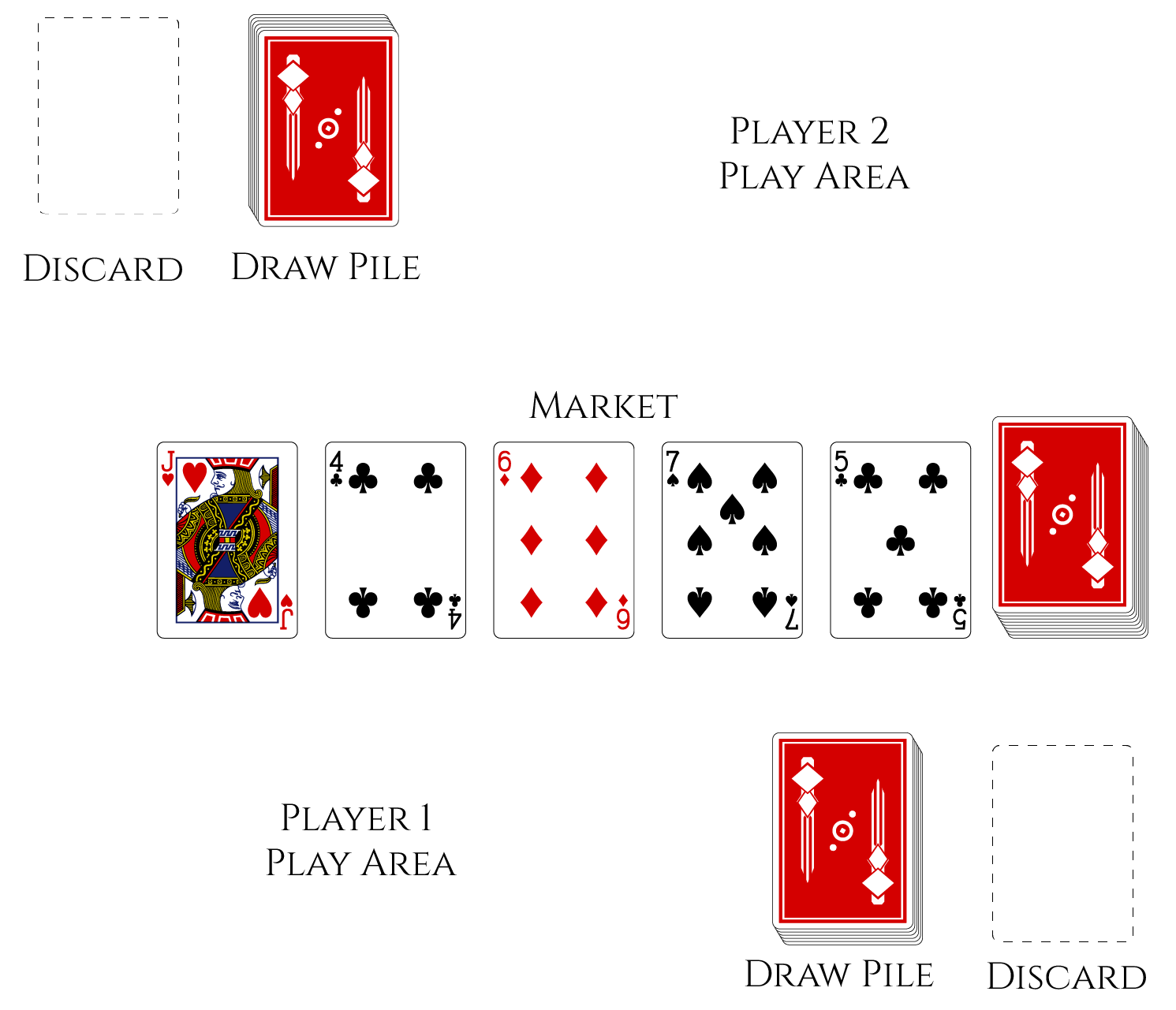 This game came to me when I asked myself, "Could I make a deckbuilding game like Star Realms, with regular playing cards?"

If you like this game, you'll probably love Star Realms... I know I do!