NOTE: Some scrolls need specific affinity stories to be finished first, so the affinity character has been added in brackets where needed, the rest that don't have anything in brackets can be found by just going to the location normally.

6. A Sexier Encounter - at Selim's Shop

10. Helgem Earth - inside a vase at the Valley Shop in Rusty Valley

14. A Hand on Your Ass - under the one night stand in Grant's bedroom

18. A Compromising Situation - inside a cauldron at the house in Feasterra [Horace affinity #3]

1. The Adventure Begins - the chest in front of the top floor room at Hubert's Inn

13. Strip Lucky - inside the barrel in Horace's house

21. A Hot Investigation - living room at Zack's house sticking out of a drawer [Zack affinity #2]

23. Dangerous Places - the pot on the right in front of the Bandit's hideout in Golden Sand

26. Return Of The King - in the flower pot next to the bed in Tyran's bedroom [Tyran affinity #3]

5. A Sexy Encounter - inside the room that Robin stays in at Hubert's Inn

11. A Fly in the Lube - the barrel on the right in Hanth's Forge

16. Whellcum's Gates - on top of the books to the left in Horace's basement

19. Whellcum's Castle - under one of the seats at the theater inside The Castle

22. Whellcum's Hell - the barrel inside 'Ultima Plug' in Astaroth's Dungeon

13-"Strip Lucky - inside the barrel in Horace's house during the evening" (in version 7.4 it comes out in the afternoon)

Music scrolls number 23 can now be obtained, since they adjust the numbers now 24 becomes 23.

13 was already "Strip Lucky" from a few versions ago, and 24 is now 23 for the order to be good. A soundtrack can't have a upcoming track listed as an earlier number, so only the final 24 will be missing.

Thanks for reporting. I must have forgotten to type in the location when i wrote this.

Updated the post with a better structure, latest game info from version 9.20

It is bugged, just click around the area I've circled on the screenshot below 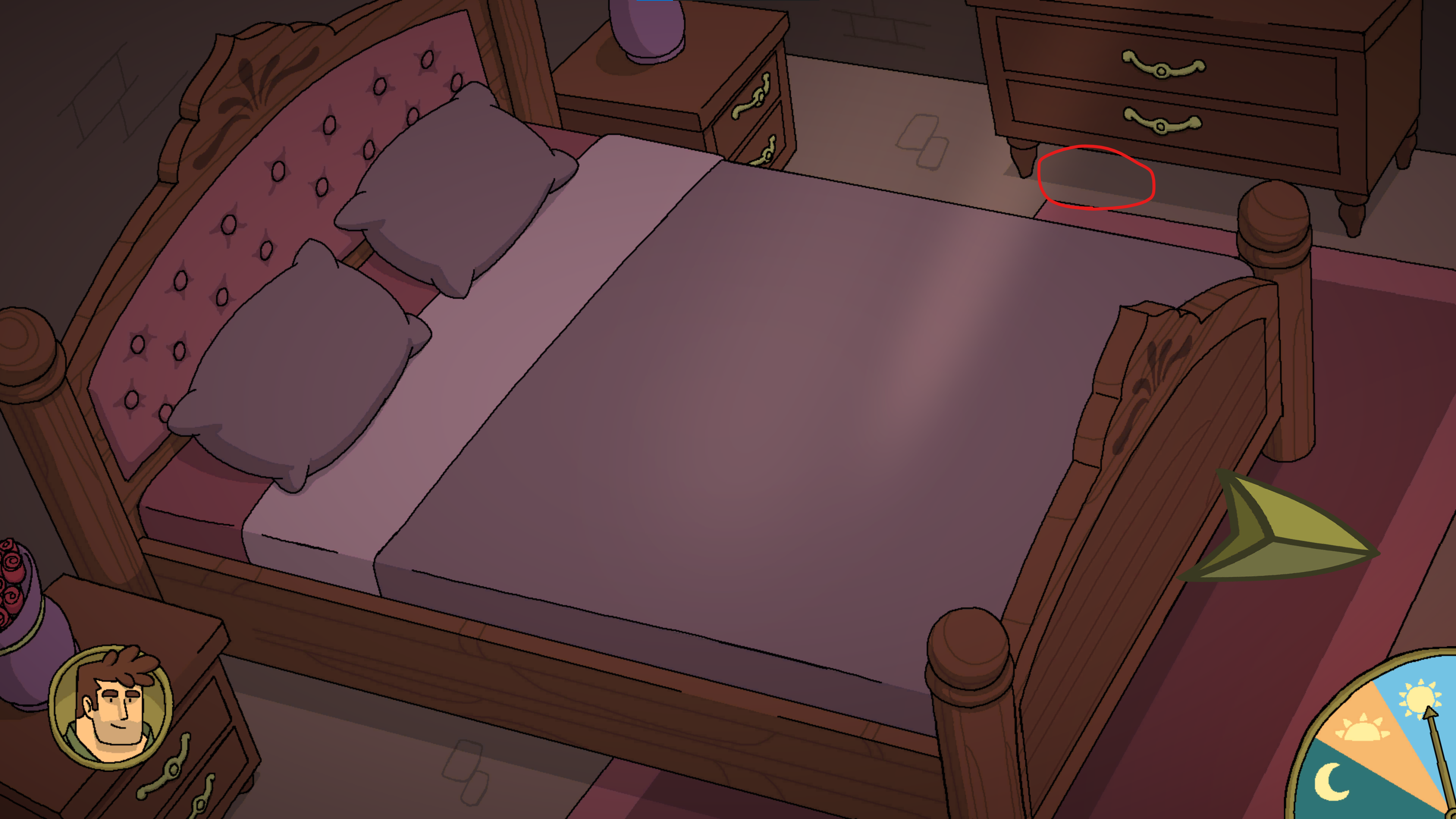 I couldn’t find scroll 23, evening or night I don’t see it in the barrel. Can someone please help, thank you.

It looks like  it is actually 22 for Whellcum's Hell. 23 is Dangerous Places.

Yeah, sorry about that. Didn't notice the change. It should be correct now.