Live out your life as a professional wrestler in the territorial era. · By

Release 9 should be out sometime before thanksgiving. It will contain a few small and a few big changes, potentially including but not limited to:

Later on, there will be stuff like persistent conditions (long-term injury, drug rehabbing, brain chemistry being off, etc), and an actual map of travel between matches w/ hotels, random events, etc.

We're getting some pretty fun results to the new Finisher system. Here's a sneak peek of that and the new RasslerCards display: 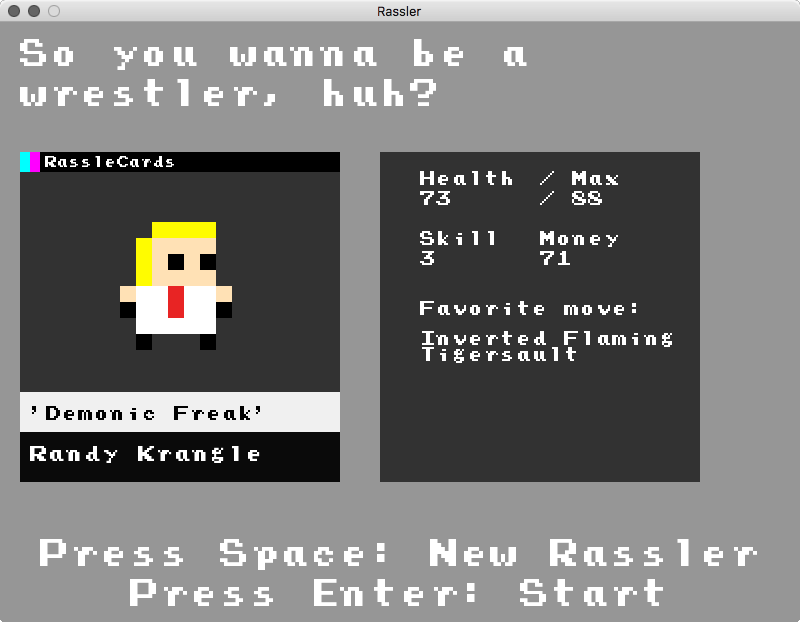 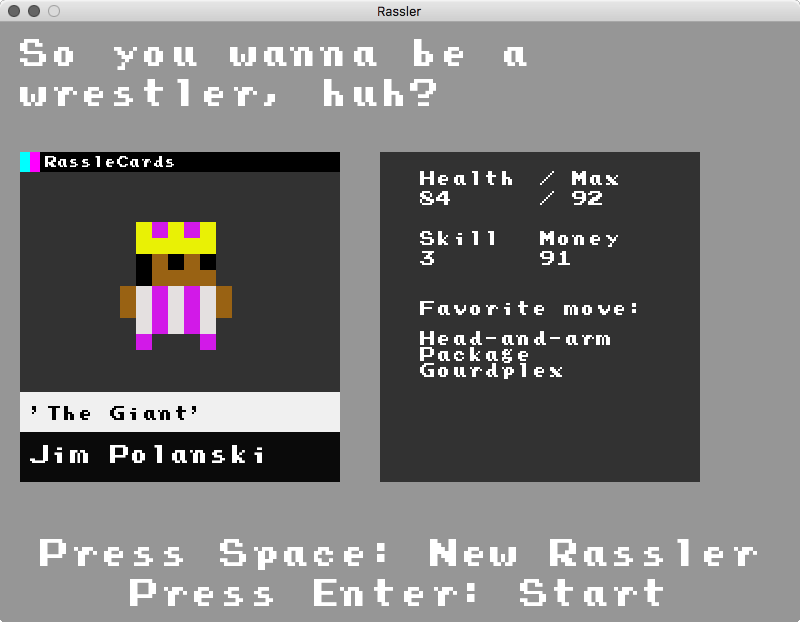 Here's the devlog for Release 9 https://philnelson.itch.io/rassler/devlog/11407/release-9-notes-the-territory-sy...

LikeReply
Phil NelsonDeveloper locked this topic 4 years ago
This topic was locked by Phil Nelson Oct 02, 2017