I quite liked Undelivered. It's simple but effective so all in all I enjoyed my 20 minutes in this strange hotel.

The game looks very pretty but I had problems with my Quest 2, for example, I wasn't able to interact with objects where requested. Also, the movement is pretty slow... is there any workaround?

I was using Virtual Desktop, do you think that could be the issue? I will also try with oculus Link later today.

yeah, that's a pity but i will definitely try it on pc.

The game looks very interesting but somehow it doesn't work on my Quest 2 after launching it from Win 10 through Virtual Desktop. Simply put, it doesn't stream to my headset although the game is running in Win 10.

do you only design static characters or do you also have experience in making animation frames?

Did you also make any characters?

Do you also have any artworks with an anime/manga style?

I'm currently looking for a 2D artist who would like to help me draw the original characters of the game I'm working on. This is a project that I'm doing on my own and I started it weeks ago. Right now, I'm writing down the game design and doing some prototypes here and there to get a feeling of how the game should look like.

Recently I have been in touch with a few 2D artists but, unfortunately, I haven't found someone yet so I'm reposting this topic by adding a few more details.

Here some key points for your reference:

Here below is a very simple prototype I made: not much going on at the moment but it's mostly to show how the current Hero looks like.

I'm happy that my game idea caught your interest. I'm going to listen to your portfolio right now.

thanks for your comment and sorry for my late reply.

Currently, I'm working on the game design document and doing some prototyping here and there as I go in order to get down the game vision.

What I envision is a game with a simple but engaging story theme in the style of Super Mario (the hero going to save his beloved) across several worlds and each world with a certain number of levels. At the end of each world, the hero will fight a boss and then the main antagonist at the end of the last world. The main feature of the game will focus on learning a language (in this case Chinese - but without overdoing it as I want the players to enjoy a good balance between game and learning) and the more the player learns, the better the hero's XP will get.

Finally, the game environment will incorporate fantasy/sci-fi elements both in the tilemap and the enemies looking.

I'd like to give the game a jolly atmosphere with some melodies that could stick in the player's mind, a bit like that song I shared in my post.

At the moment I'm looking for a theme song that could represent the game and later on some loopable melodies for each level or world.

If you would like to share the music you composed before I would love to give it a listen.

I'm currently working on a fantasy/sci-fi side-scroller game that combines Chinese language learning with gaming, featuring a hero that fights through several worlds to get to his beloved who has been kidnapped by the main antagonist.

Right now, I'm looking for a music composer who would like to compose a theme and some loops for the game.

Ideally, I'm looking for something happy, dynamic, and melodic like this one:

Below is a screenshot from my game's early prototype (1st level). It's a work in progress that I have started a few weeks ago so there isn't much gameplay to it yet.

I'm a solo developer with a limited budget but if you are interested I'm definitely open to discussion. 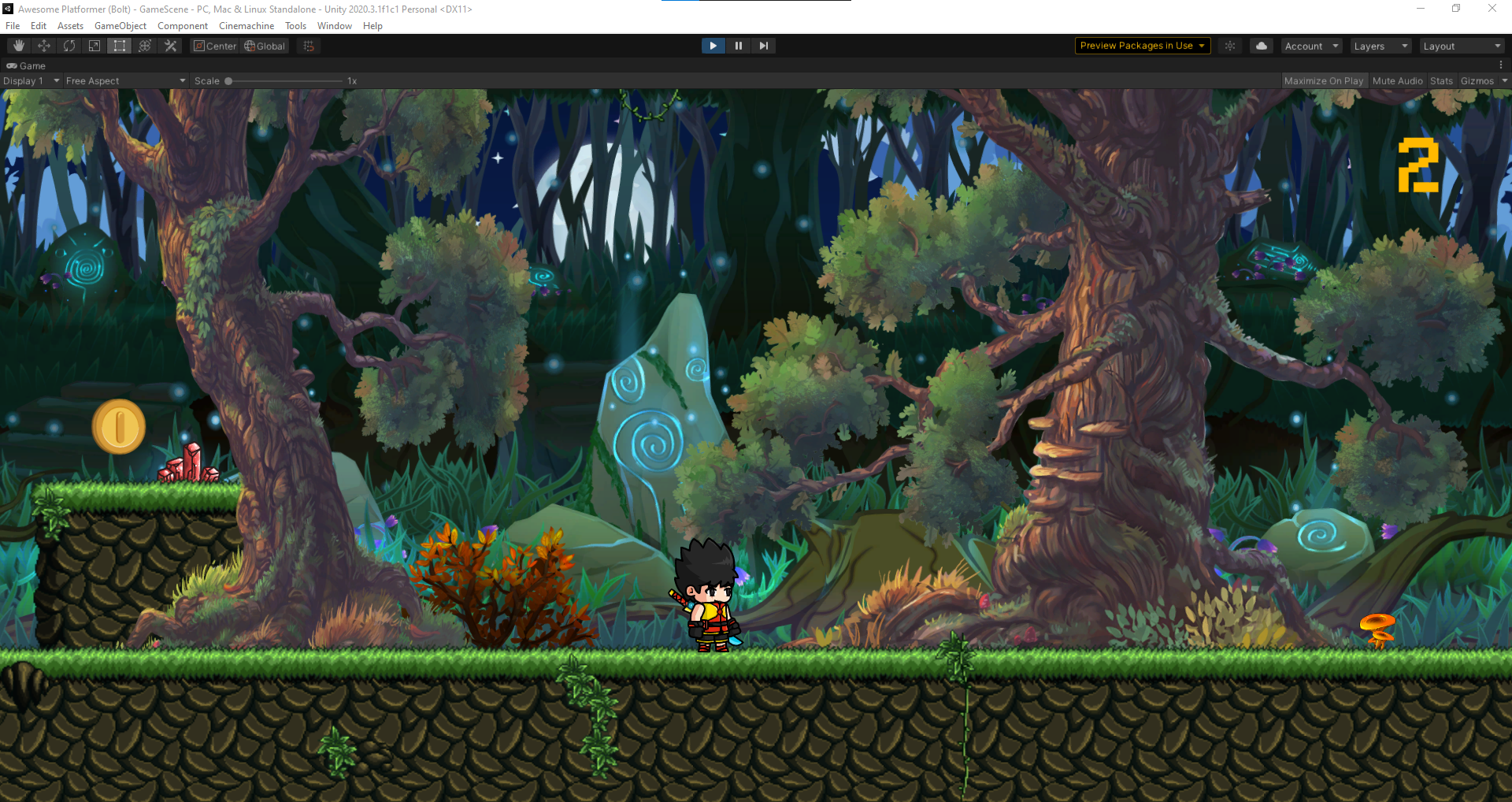 I'm currently working on a 2D platformer which tries to combine language learning and gaming.

I'm currently looking for a 2D artist to design the original characters for the game. If you have interest this is my discord: c-hero#2858

Hi! Nice melodies! Can be used for commercial projects?

For a commercial game, would it be ok to mix some assets of this tileset with assets from another tileset? Silly question maybe, but I'm new to this :)

Nice artworks.
May I know more about the license for using them?

I wonder if you also accept requests for custom tilesets (and how much would it cost). I was looking for a cyberpunk-themed tileset for my own project.

Did you develop this prototype by yourself?

It's a nice concept and it could become a masterpiece. Love the idea.

Looking forward to see how further it will develop 🎉

what's the license type for these fonts?

Can they be used for both free and commercial projects?