Hope I'm not stepping on any toes here, but here's what it looks like. 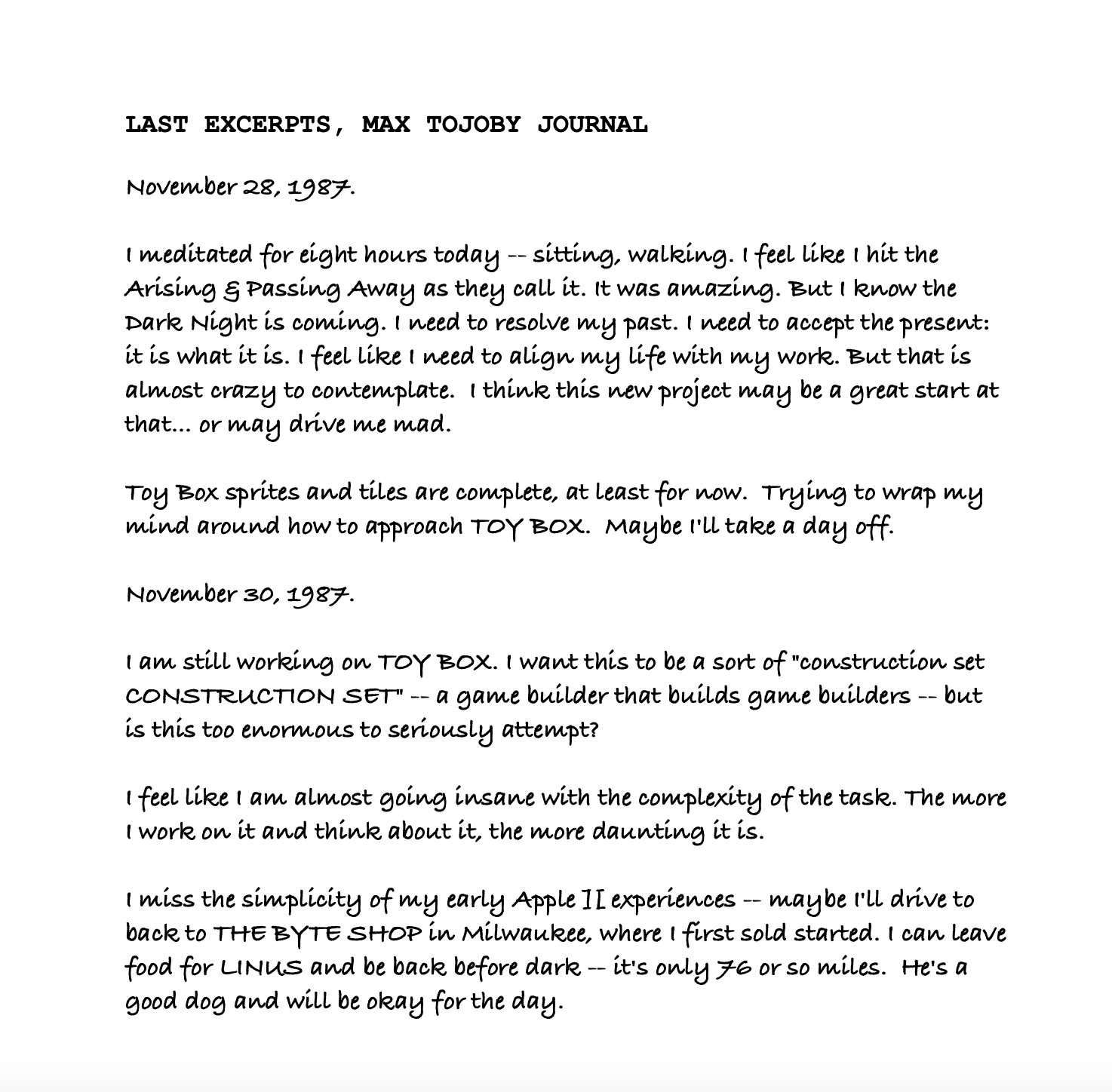 You're a scholar of greatly refined taste and I thank you.

Cargo system is complete. Few if any technical hurdles remain. Time to make it pretty and fun!

Reply
Jam for Kids community · Posted in late but lets just do it! =)
Todd Mitchell1 year ago

I know I've been quiet, but I've been working! I'm happy to say, thanks to prefabs and parenting features in Unity, the cargo system is coming along! Here's a successful pickup test. It doesn't look like much, but getting the scripting and setup right with all these moving parts is a big deal!

Time to add the other stations and implement drop-offs!

I lost some time trying to recreate that cool animated texture you see in the drop-off zones in Crazy Taxi but realized it doesn't really look right from a top-down perspective, so I went with a much less interesting fading box (for now) so we could get past the stopping at stations step. Tomorrow I should have cargo transfer done and the rest will be refining gameplay and polishing things up!

The game you uploaded has been around for a long time. What's the story with that?

sounds cool, will check this out ASAP!

Reply
Jam for Kids community · Replied to Sapazu in What's everyone aiming to make?
Todd Mitchell1 year ago

I love this. My kid loves chasing flies with a swatter.

I've contributed to a VR project before, but this is my first full 3D game from scratch and I'm having a great time with it!

The idea is to have a toy-looking train ride through a little town and stop at stations to pick up and drop off cargo (probably represented by toy blocks or something) to earn points before time runs out. I'm thinking if I play my cards right, this will be fun for kids or adults because starting and stopping the train is easy, but there will be a little strategy involved in getting a high score.

Right now I have a train following a track which I think looks good enough to give a toy train feel. I'm about to start working on additional train cars to hold cargo and then I'll start working on stations to stop at. Then I'll need to put together a UI and do score-keeping, then I can work on audio, VFX, and making things prettier until time runs out. I think the scope is going to be just right for the timeline and if I fall a little short I should have no problem stopping with something playable. Really happy with it so far!

It's so funny you mention this because a podcast I listen to recently featured a discussion about the hosts wanting to see a racing game that involved tornadoes and I started working on it in unity thinking it would be funny to just throw it together and send it to them but I couldn't believe how complicated it got. A puzzle game sounds awesome, can't wait to see!

Totally! I've worked through some of a vb.net book before. I thought it was very capable for many projects!

Reply
Jam for Kids community · Posted in I'm technically still a kid! Can i make something i like?
Todd Mitchell1 year ago

Not a stupid question at all. It should still be younger kid appropriate within reason, but great, have fun!

Hi all. I'm excited to have this underway. Shoutout to @TRASHGAMEARTIST on Twitter for taking an interest in what I was already doing for my son and suggesting I make it a community event. I'd love to hear what you all hope to make in the coming weeks!

The Jam's cover photo gives you a pretty good idea what I'm starting with. My son is into trains and would like a train game he can play. I whipped up that model in Blender and have it imported into Unity already. I think if I could get it to follow a good basic railroad track around a small map and simply control the speed and the brakes to stop at different stations, maybe carry blocks or something from station to station, he would go absolutely wild for it. I'll post updates, hope you'll do the same!

So I'll start a log here, maybe that will help me make sure I finish something. I've finished a decent number of game jams (none on Itch for some reason) but these might be the most unique constraints I've worked in. I've just finished a week or so of somewhat intensive Unity study. My last commercial game used Lua/Love2D, but I need to step up to Unity big time, so this will be a good test of what I've learned.

I didn't officially join the event until today. I used the time I was able to spend on pinning down a workflow and finding a method to bring in Blender models and get them colored and lit--unlit as it turns out--appropriately.  I worried that a 3D Unity project wouldn't look good with such a restricted palette, but the "toon edge" idea dawned on me in a quick design shower  and I knew I had to take a serious run at this.*

I'm hanging it up for the day with a method for modeling and coloring. Tomorrow I want something loosely resembling a starting area, and I'd like to be close enough to a functional prototype that I can move around in it.

* A design shower is my design activity for any project that won't have proper documentation. I go in with a problem and come out with a plan. Try it if you haven't.

Also shadows disabled in quality settings, no lights of course.

I'm only just digging in but I'm finding great results with unlit shaders for materials and UV textures. I'm fairly new to Unity and I'm actually achieving the toon outline in Blender by setting up a duplicate object, scaled up, and normals calculated inside so the outside faces are culled in Unity. If someone has a better trick for the outline I'd be excited to hear about it.

Back on the screenshot train for night 8. Working on choreography and power-ups--the lifeblood of a successful scrolling shooter. Bosses next to complete the holy trinity.

I wanted these asteroids to be a huge pain in the ass for every living thing in this game. It was a huge success.

Night 3: In which I create an alien race that would stop at nothing to see me dead.

Yeah I think a palette with less going on might be a great solution.

Check Enable the use of Views

Night 2: Not a TON of keyboard time today but we're flying and shooting!

Had to change engines about 2 hours ago but now I'm chilling on the final frontier...